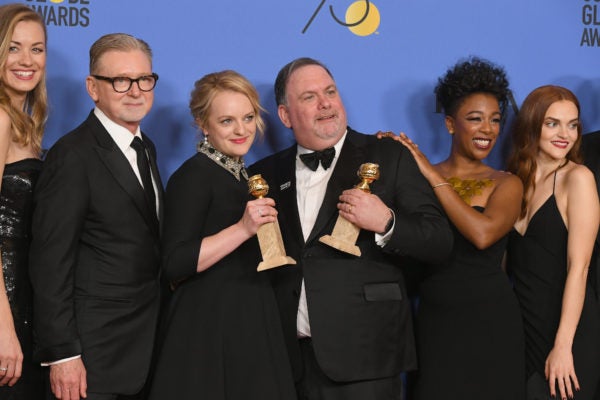 Here is the list of winners for the 75th Golden Globe Awards, which were handed out on Sunday in Beverly Hills:

Best original song: Benj Pasek and Justin Paul, “This Is Me” from “The Greatest Showman”

Best drama actor: Sterling K. Brown, “This is Us”

Best musical or comedy actor: Aziz Ansari, “Master of None”