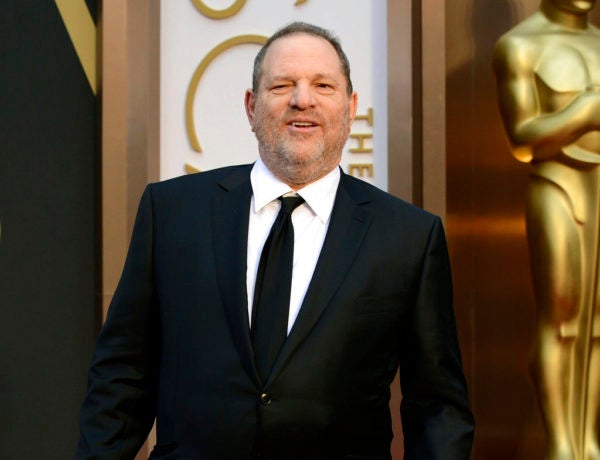 SAN DIEGO (AP) — A lawyer who represented actress Paz de la Huerta has filed a lawsuit against Harvey Weinstein and a former New York prosecutor, alleging they coordinated in a scheme to get the actress to drop her sexual misconduct complaint against the movie mogul.

In the lawsuit, Filler said Rubin misrepresented himself to de la Huerta as a victims’ rights advocate, but actually was acting for the benefit of Weinstein “to interfere by a series of harmful subterfuges, threats, and extortion demands, entirely outside the legitimate strictures of the legal system.”

The lawsuit accuses Rubin of persuading de la Huerta to drop Filler as her attorney and encouraging her to withdraw her complaint alleging Weinstein raped her. She changed lawyers but did not drop the complaint.

Rubin denied the allegations and said that Filler is upset he lost a client.

“I never met Harvey Weinstein in my life,” he said.

Weinstein spokeswoma Holly Baird said in an email to The Associated Press on Saturday that it’s “insanity” to suggest that Weinstein “had any involvement in this.”

The suit contends Rubin attempted to obtain de la Huerta’s psychiatric records to reveal them publicly. Rubin also contacted New York prosecutors assigned to the de la Huerta case and gave “false and discouraging advice, leading to the abrupt halt of progress toward indictment of Weinstein,” according to the court documents.

Rubin said his intentions in reaching out to the actress were to help de la Huerta get Weinstein arrested.

“I did nothing to try to derail that investigation,” he said, adding that he plans to take legal action against Filler for defaming him.

Weinstein has denied any claim of non-consensual sex.

De la Huerta’s current lawyer, Carrie Goldberg, said the actress has nothing to do with the lawsuit.

“My client had no knowledge of this lawsuit filed by Mr. Filler and makes no claims as to the veracity of any of the information presented as facts in the complaint,” Goldberg said in a statement Saturday.

The “Boardwalk Empire” actress publicly accused the movie producer of raping her twice in 2010. She began speaking with police in New York about the accusation in late October.

Goldberg has expressed concern about the pace of the probe. NVG