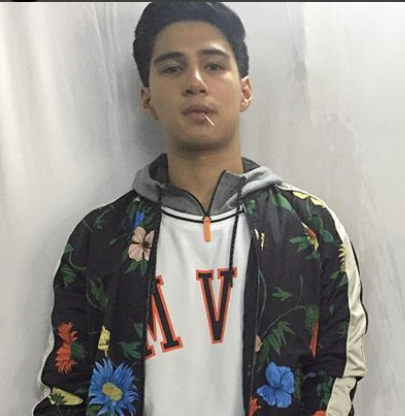 Airline company Cebu Pacific Air answered the statements made by Kapamilya actor Albie Casiño over his accusations of massive service failure on the airline’s end.

INQUIRER.net was able to get an exclusive phone call interview with Cebu Pacific’s Director for Corporate Communications Charo Lagamon, and she explained their side of the issue.

Casino was speaking about a cancelled flight on January 3 from Puerto Prinsesa, Palawan bound for Manila, leaving him stranded, tired and inconvenienced.

Firstly, Lagamon clarified that the cancellation of flights was basically a “pre-emptive measure” to secure the safety of the passengers and the crew on board. The cancellation was made because of the presence of tropical depression “Agaton” in the area.

“We felt that it was for the safety of the passengers to postpone the flight because of the bad weather, that move was meant for safety, we don’t like cancelling flights as well,” she said.

As a protocol involving similar events, Cebu Pac said their customer service securely disseminates such information to passengers via the contact details provided in their booking, “we had actually put out an advisory about it.”

Moreover, despite the fair reason for cancellation, they still issue their apology to the actor for any inconvenience it might have caused on his end. Nonetheless, Cebu Pac stands that the move was a needed precaution to protect everyone’s safety.

Lagamon said she was informed that Casiño and his crew were already back in Manila.

Casiño’s post also pointed out the airline’s supposed lack of provision for “accommodation, meals, refunds” to affected passengers. To this, Lagamon explained that in such events of flight cancellation that are not accounted as a fault of the airline (citing instances like weather disturbances) passengers are entitled to full flight refunds.

However, hotel accommodations are not carried and she explained why.

“Usually if it’s forced majeure, which means (an external circumstance influenced the cancellation of aviation activity) it’s not (the) fault of the airline such as weather for instance, air passengers have the right to get a full refund of cost of their ticket. But the hotel accommodation and other things hindi siya sagot talaga ng airline, any airline for that matter. All of these things are in compliance with the existing laws in aviation,” she said.

Casiño, in his Instagram post, branded Cebu Pac as the “worst airline” and vowed that it would be his “last time flying” with them and even encouraged the public and relatives to shun the services of the airline as well. /jpv

Albie Casiño disappointed at airline, discourages public from patronizing it