Derek no longer the second choice for latest flick 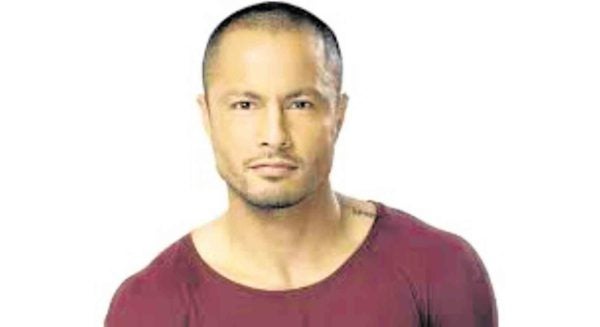 This time, I’m no second choice,” declared actor Derek Ramsay, referring to the latest Star Cinema film project he would be working on starting this month.

The Inquirer asked his views on being the substitute for Jericho Rosales, who was the first pick to portray the character of Gab in the 2017 Metro Manila Film Festival entry “All of You,” for which Derek eventually won the best actor trophy.

“I think I was the second choice in most of my movies—I don’t mind that. Growing up from playing sports, I know that one isn’t always the first pick. You have to start at the bench. When your time comes, you get pulled out (from the bench), then you get to prove yourself (on the field),” pointed out Derek, who is a member of the Ultimate Frisbee national team.

“When I get a phone call saying, ‘Derek, could you fill the shoes of this person?’ I grab that opportunity and do what I can. That has worked well for me,” the actor said.

This month, Derek begins working with Bea Alonzo and Paulo Avelino in Ruel Bayani’s romantic thriller, “Kasal” (its working title). This is his reunion project with Direk Ruel, after working on “No Other Woman” in 2011.

“That film defined my spot in Philippine cinema. The fact that I’m the only choice, not the second, for this new one is something. I just couldn’t say ‘no,’” Derek beamed.

The actor explained that “Kasal” has “a complicated story … love can really drive you crazy.”
His and Bea’s characters are ex-lovers. He goes to Dubai to work, cheats on her, leaves her, then comes back, only to find out that she is set to get married.

“I realize that she is the woman I love. So, out of desperation, I try to ruin her relationship (with Paulo). I know it sounds like this has been done before, but I tell you, this has never happened in Philippine cinema. I can’t ruin it by giving you spoilers,” he explained.

Derek then belied rumors that he would soon be transferring to ABS-CBN since he still has an existing contract with rival network TV5 until April 2018.

“Out of respect for my bosses in my current home network, I still can’t think of anything like that because my attention should be focused on them,” he insisted.
“When my contract expires, and TV5 tells me that it doesn’t need my services anymore, and ABS-CBN wants me, then I can go that way.”

Derek added: “I owe a lot to ABS-CBN. I was part of it for many years, and it was the network that honed my skills and gave me the belief that I have something to contribute to this industry. I can never forget that. I also have to say that TV5 has also been great to me.”