Angelica Panganiban thanks 2017 for being a happy year, with a bit of 'hugot' | Inquirer Entertainment

Angelica Panganiban thanks 2017 for being a happy year, with a bit of ‘hugot’ 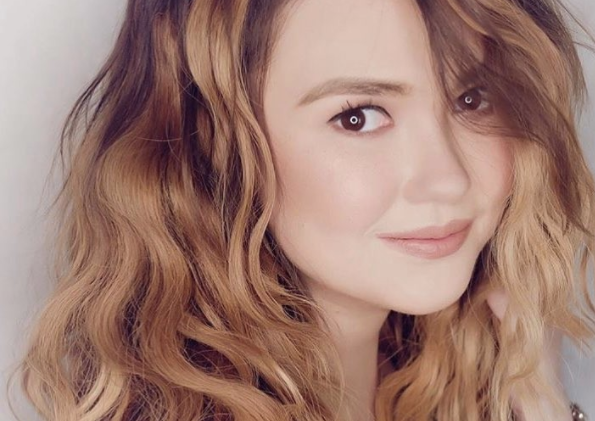 Aside from her dramatic acting chops, Angelica Panganiban is known for her humor, which she not only shows on camera but on social media as well.

That humor was again seen as she posted a photo of herself on Instagram last Monday, while on vacation in Hokkaido, Japan.

But while being funny, the actress remained honest as she recalled her heartbreaks of the past year.

She then thanked 2017 and expressed her enthusiasm for the new year: “Exciting 365 days ahead.”

The actress had been the girlfriend of actor John Lloyd Cruz until they broke up in 2016. Midway through 2017, speculations about them reuniting as a couple circulated after they have been spotted together in some occasions.

A reconciliation never happened, apparently because Cruz and sexy star Ellen Adarna became an item later in the year, traveling together and being the subject of controversy, since the two kept mum about their relationship status. Speculations of Adarna being pregnant by Cruz have been circulating since November last year.

Panganiban will start off her year playing the role of a scorned wife seeking revenge, alongside Judy Ann Santos in “Ang Dalawang Mrs. Reyes”, set to premier in cinemas on Jan. 17. JB

LOOK: Angelica Panganiban is hot and heaven-sent as she defines ‘paradise’