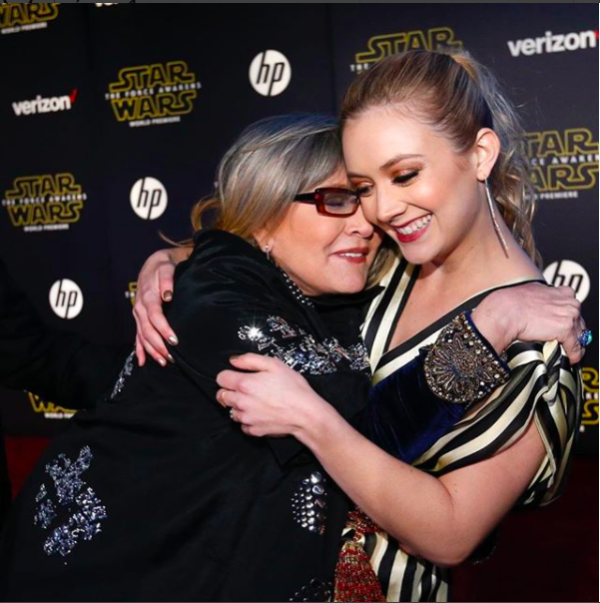 The force was strong with actress Billie Lourd as she shared a touching tribute in honor of her late mother, Carrie Fisher.

On Instagram, the “Scream Queens” star posted a photo of herself along with a companion below the Aurora Borealis, also known as the Northern Lights in Norway, as Lourd revealed that Fisher had an “otherworldly obsession” with them.

“We journeyed to northern Norway to see if we might see the heavens lift up her dark skirts and flash her dazzling privates across [our] unworthy irises,'” Lourd wrote further in the post, which was uploaded on the anniversary of her mother’s death.

She then joked that the heavens did so, then closed her caption with the message, “I love you times infinity.”

Fisher, who is etched in the memory of “Star Wars” fans as the feisty Princess Leia, died on Dec. 27, 2016 after suffering a cardiac arrest while she was on tour for her book. She still appears as the intergalactic princess in the movie franchise’s latest installment, “The Last Jedi”, which is dedicated in memory of her. JB