When the film adaptation of award-winning novel “Smaller and Smaller Circles” premiered in October 2017 at the Busan International Film Festival, it underwent two years of production, and it had been 15 years since the acclaimed book was published.

The story revolves around two Jesuit priests tapped to solve a series of murders of children in Payatas.

The themes presented in the crime mystery by F.H. Batacan still ring eerily true, and even louder in 2017: the struggle for justice for the poor, corruption, and the abuse of power in institutions such as the Church and government.

When asked why he got involved with the adaptation, director Raya Martin simply says, “It’s an important book with an important story.”

In an exclusive interview with INQUIRER.net, Martin explains how an indie production translated the thought-provoking and socially relevant novel to the big screen.

On the adaptation of the book to a screenplay 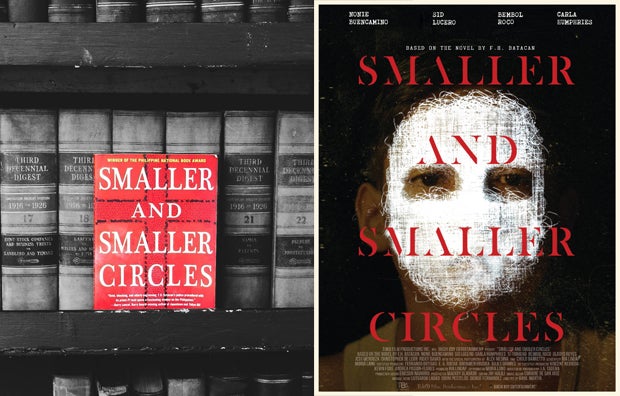 Batacan’s style of writing in “Circles” has been described as “cinematic” given how visual and raw the narration is in the book.

For Martin, “The adaptation [to a screenplay] was the most difficult process, since we knew that there was going to be inevitable comparison to scenes in the book.”

“We initially put everything in there, eventually weaving them together to see which ones work in a cinematic sense and which ones remained literary.”

It took months for producer and writer Ria Limjap to forge it into its final form. The outcome was a faithful representation of the novel.

Like the book, the script was in English. When asked why much of the dialogue remained in English, Martin explains, “ The attention was on how a character would speak depending on their milieu, and so the Jesuits would find themselves bilingual in the process.”

Given that Jesuits are steeped in the academe, the use of English came naturally, but as the book and film reveal, they are also fluent in Filipino and use it in different situations.

English is used by those in authority, such as a cardinal and NBI officials. The choice of language was also a “dynamic device for determining a person’s authenticity,” says Martin.

Moira Lang, the creative mind behind well-received indie films “Zombadings”, “Norte” and “Patay Na Si Hesus” was responsible for adjusting lines “with the actors in mind just before the scenes.”

Martin’s favorite part was translating the violence in the book — the movie did not hold back in the graphic details rife in the novel, earning it an R-13 rating.

“The challenge is how to get it across without romanticizing it while also communicating the gravity of the killings,” he said.

Credit goes to the film’s cinematography, which ensured that cadavers and gory scenes essential to the plot do not become mere devices for sensationalism.

On forming the cast 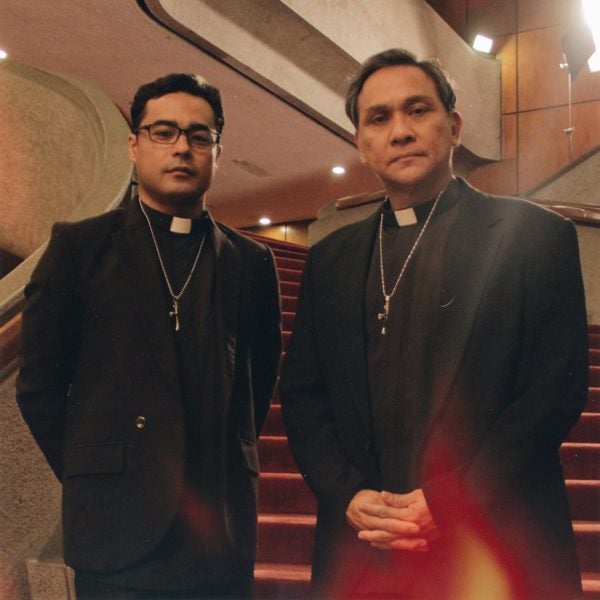 Veteran actor Nonie Buencamino delivers a standout performance in the film as Fr. Gus Saenz, a Jesuit priest who leads the forensic investigation, even going beyond the line of duty to solve the case of murdered children whose bodies are left faceless and without genitals.

This is despite his physical appearance not matching that of his character in the book: Fr. Saenz has “angular mestizo features” with “thick wavy hair graying at the temples.” However, his portrayal convinces the viewer that he has spent a lifetime in Jesuit training.

Sid Lucero being cast as heartthrob priest Fr. Jerome Lucero got fitting reactions: some viewers even said they were thankful he wasn’t a priest in real life because of his boyish good looks.

No auditions were held, as per Martin’s directing style. “I don’t usually believe in auditions,” he says. “Part of the work is watching and knowing actors and their craft from previous works (in film, TV, onstage).”

There was also consideration on gender representation. “When we wrote down all of the characters, with the exception of [journalist] Joanna, they were all just men,” says Martin. “In a movie, it would instantly look implausible.”

The story depicts how patriarchal Filipino society is, especially in long-standing institutions. Seeing more than one woman and even a somewhat effeminate man (Raffy Tejada as Atty. Arcinas) in positions of authority seemed to fit in more with the present day. 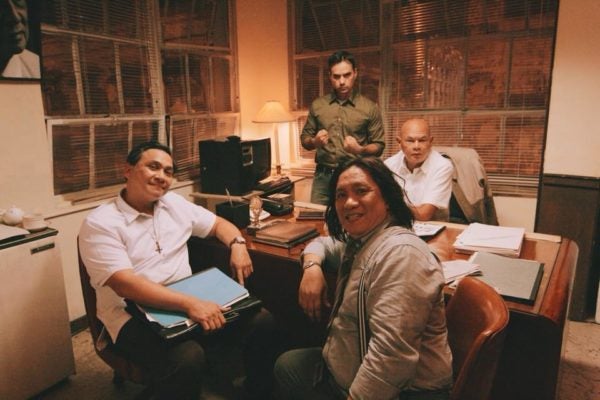 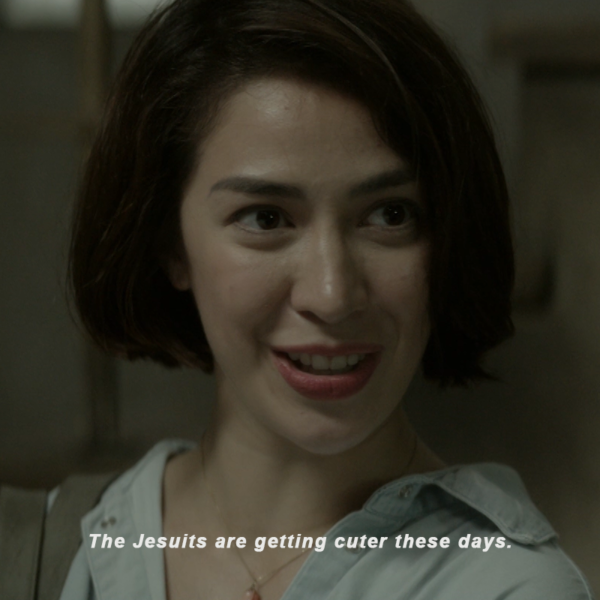 The role of Councilor Mariano was turned into a woman. “A female councilor played by Gladys Reyes was just perfect,” notes Martin.

The team even produced a campaign video, and from it, it’s hard to believe Reyes hasn’t run for a political position.

In 1998, Councilor Tess Mariano mounted a successful campaign for re-election. Mariano's dedication to serve her constituents is detailed in this music video featuring one of the catchiest campaign jingles during the local election season. Catch Smaller and Smaller Circles in cinemas today. #SeeSASC #SASCmovie #LookCloser

Posted by Smaller and Smaller Circles on Tuesday, December 12, 2017

On the film’s distinct soundtrack

Throughout the film, children’s voices are heard through a solemn choir, while in other scenes, a heartbeat pulsed through.

“It came to me as we were developing the film that the children’s voices would be perfect to create that haunting atmosphere, and that it would be amplified by working between church music and the cracking voices of adolescent boys,” explains Martin.

He tapped Gardy Labad and the Loboc Children’s Choir, whom he worked with in his period drama film “Independencia.”

He adds, “There was also a collaboration with the sound design of Corinne De San Jose to work with some natural and atmospheric elements, to give the whole film a sort of beating soundtrack, like literally making it sound alive.”

De San Jose’s sound design credits include “On the Job”, “Tiktik: The Aswang Chronicles”, and “Respeto” which was shown in this year’s Cinemalaya.

More than just a murder mystery, the story also serves as a social commentary on the justice system in the country.

The film ends with Fr. Saenz and Joanna discussing another case, leaving some hoping that this meant a sequel.

Martin shares that a prequel to the novel is in the works by the author. “You’ll definitely see more of Fr. Saenz but also of Joanna Bonifacio and their special relationship.”

And on the possibility of that work being turned into a movie, he says, “Hopefully.” JB

[Note: As of this writing, following multiple mall screenings, the film is still showing in the micro-theater Cinema ’76 Film Society, in San Juan.]

‘Smaller and Smaller Circles’ is stunning on the screen