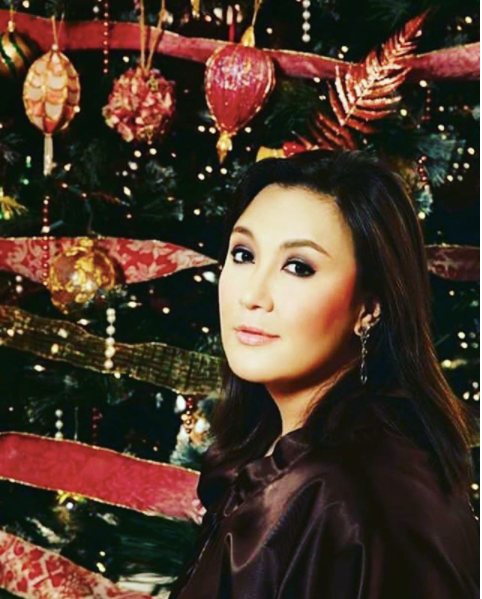 The megastar shared on her Instagram page on Sunday some letters penned by her three younger children — Frankie, Miel and Miguel — on what they wish to get for Christmas.

As shown in the letters, Cuneta’s unico hijo wants a Nikko Rock Crawler, a remote-controlled toy jeepney, or a set of Lego Star Wars. The youngster also wished to meet Santa in person.

Meanwhile, Miel was asking for something tech-related, such as her own copy of either “The Sims 4: City Living” or “The Sims 4: Cats and Dogs”; or even a Nintendo DS game style of “Savvy: Fashion Forward”. She also wished to add in her list a new set of Apple earpods, as she is having trouble hearing with her current ones.

Frankie, the eldest of the three, wished for a new laptop. She even suggested some cheaper alternatives since the one she really preferred was “hella expensive.” She also suggested cash, gift cards and a camera, but pointed out that the laptop was more important.

Couldn’t stop myself from sharing my three younger children’s letters to Santa Claus this year (Kakie “knows,” nakikisama…at umaasa! Hahaha!). I tell them that Santa Claus is not someone we pray to but that he “works” for Jesus and Jesus is the One Who knows us and Who we should worship, and that Christmas 🎄 is our way of celebrating Jesus’ birthday! Frankie has always set out cookies and a glass of milk for Santa every Christmas Eve and I know she’ll continue to do so until she has her own children and grandchildren already. Hey – I respect you if you don’t allow your children to believe in Santa Claus. But please do not take the “magic” away from MY children. Lalaki din silang lahat and di ko minamadali yon. I still believe in the spirit of giving and the world’s treatment of Santa as one of the symbols of that, but I have grown up worshiping and loving God with all my heart! Jesus is the reason for the season. Merry Christmas to you and your loved ones, my friends, family and luvs all over the world! Thank you to you and thank You Lord Jesus for a fabulous 2017! God bless us all! 💕💖💖💖🎄🎄🎄🙏🏼🙏🏼🙏🏼👏👏👏😘😘😘🤗🤗🤗♥️💚❤️💕🌷🌺🧚‍♀️🧚‍♀️🧚‍♀️💐💐💐🌸🌸🌸

A post shared by Coach:TheVoice.phActressSinger (@reallysharoncuneta) on Dec 23, 2017 at 8:03pm PST

Cuneta reminds her children the true spirit of the season, and explains to them that Santa Claus is not the one they pray to for granting their desires.

“I tell them that Santa Claus is not someone we pray to but that he ‘works’ for Jesus and Jesus is the One Who knows us and Who we should worship, and that Christmas is our way of celebrating Jesus’ birthday!” the megastar wrote.

She then said that she respects people who do not believe in Santa, but asked them not to take away her children’s belief in him.

“Lalaki din silang lahat and di ko minamadali yon (They’ll eventually grow up and I’m not rushing that). I still believe in the spirit of giving and the world’s treatment of Santa as one of the symbols of that, but I have grown up worshiping and loving God with all my heart!” Cuneta added.

Closing her post, Cuneta wished everyone a Merry Christmas and gave thanks for a wonderful year.

Cuneta enjoyed 2017 as a coach for “The Voice Teens” and as a judge for “Your Face Sounds Familiar”. She had recent success in her reunion movie with Robin Padilla titled “Unexpectedly Yours”, alongside the love team of Joshua Garcia and Julia Barretto. JB

Sharon Cuneta to daughter Frankie on her 17th birthday: ‘I’ll call you baby for as long as I’m alive’