Who's next: End of an era as "Doctor Who" gets a new star | Inquirer Entertainment
Close
menu
search

Who’s next: End of an era as “Doctor Who” gets a new star 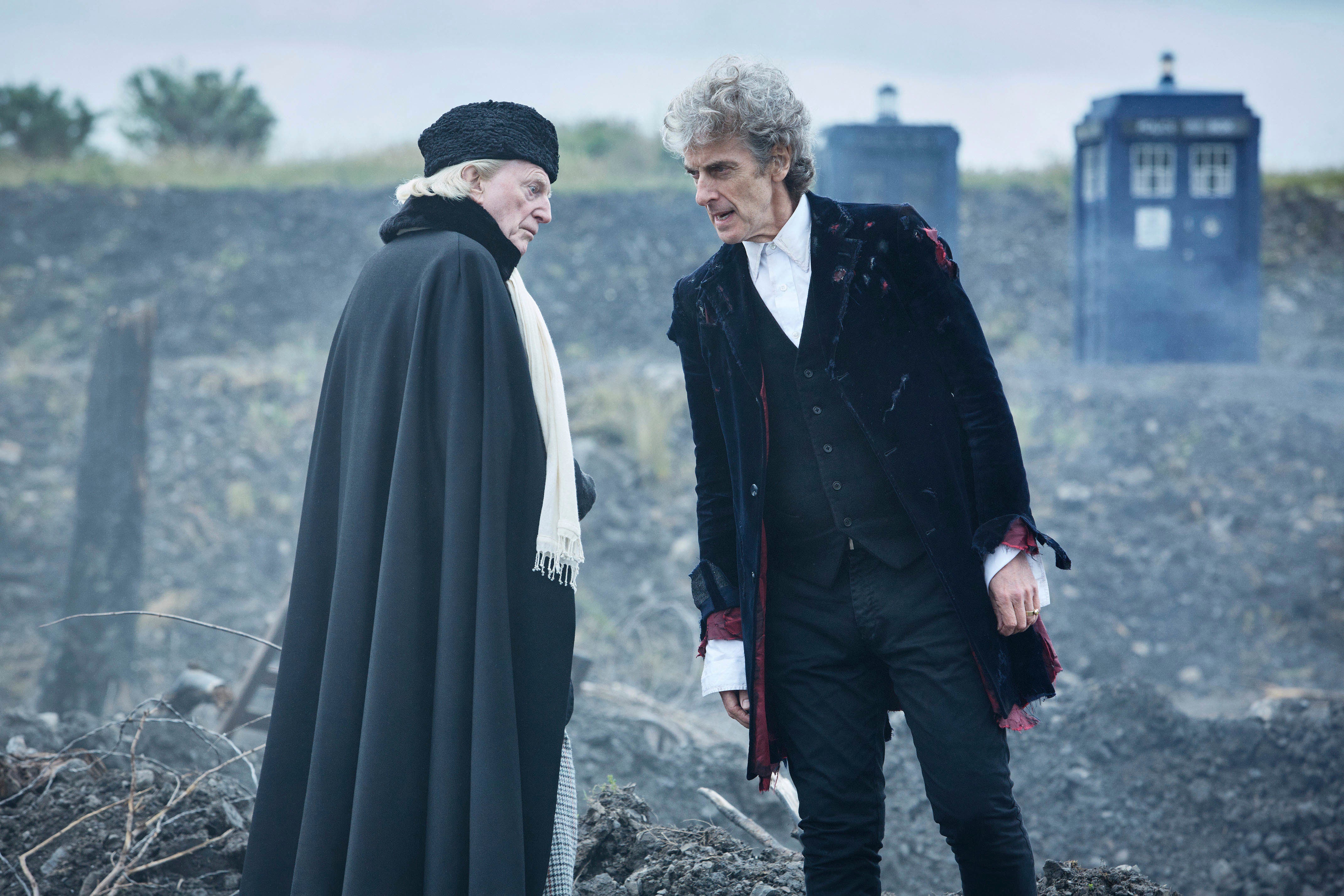 In this undated handout photo, actors David Bradley and Peter Capaldi in a scene from the Christmas episode of the show “Doctor Who“. The global success of the venerable sci-fi series means that fans around the world will also tune in Saturday to watch Peter Capaldi’s final adventure as the space-hopping Time Lord known as the Doctor. (Simon Ridgway/ BBC Worlwide Limited via AP)

The global success of the venerable sci-fi series means that fans around the world will also tune in Monday to watch Peter Capaldi’s final adventure as the space-hopping Time Lord known as the Doctor. (Americans can see it on BBC America at 9 p.m. Eastern).

The show has had a dozen Doctors over its 54-year history, and this is one of those bittersweet moments when one lead actor hands over to another. At episode’s end, viewers will see Capaldi transform — through a Time Lord process known as regeneration — into Jodie Whittaker, the first woman to play the part.

Before that comes a rollicking and poignant adventure that moves from the World War I trenches to the South Pole, features mysterious creatures made of glass and (of course) involves a jaunt in the Tardis, a time-and-space machine shaped like an old-fashioned British police phone box.

The episode loops back into the show’s own history, featuring an appearance by the very first Doctor, a white-haired gent who appeared on TV screens in 1963. He was played by William Hartnell, who died in 1975; David Bradley fills the role here.

Mark Gatiss, a regular writer for the show who guest stars in the episode as a British Army officer marooned in time, said there was “a valedictory feel” on the set of the finale.

“The sense of eras ending all over the place was very profound but at the same time it was actually a very happy experience,” Gatiss told The Associated Press in an interview.

Gatiss has loved “Doctor Who” since childhood and has written for it since 2005.

He’s better placed than almost anyone to explain the enduring allure of a show that survived early years of wobbly production values and a 16-year absence from screens between 1989 and 2005 to become a childhood touchstone, an emblem of British culture, and a money-making export for the BBC.

Partly, he says, it’s due to the Doctor, an eccentric and “slightly off-kilter” hero. Partly it’s “the randomness of the adventures,” which have sent the Doctor to ancient Rome and the Stone Age, distant galaxies and the end of time.

And partly it’s the show’s “slightly ramshackle Britishness, in the very idea of an amazing space-time machine which looks like a beaten up old box.”

“And somewhere deep down in its absolute essentials, something genuinely magical,” he added.

The episode is also the swansong of Steven Moffat, who has been the show’s executive producer and chief writer since 2009.

Moffat, who also co-created detective series “Sherlock” with Gatiss, has no doubt about the show’s place in television history. He told audience members at a recent preview screening that “Doctor Who” is “the greatest television show ever made.”

“People change their view of the world and what they are capable of because of a silly show about a man who travels around in time and space in a police box,” Moffat said.

“Count the scientists, the musicians, the scholars, the writers, the directors, the actors, who became what they are because of this show. Count, as you might say, the hearts that beat a little faster because of ‘Doctor Who.’ I don’t even know what is in second place, but without doubt and by that most important measure ‘Doctor Who’ is the greatest television series ever made.”

“Doctor Who” fans have become accustomed to changes of actor, and the shifts in mood that go with each new Doctor. The announcement that Whittaker (best known from detective series “Broadchurch”) would be the next occupant of the Tardis was front-page news in Britain. Many fans were delighted, though some grumbled at the idea of a Time Lady.

Gatiss—currently working with Moffat on a new adaptation of “Dracula” — thinks the naysayers come mostly from that never-satisfied subset of fans “who will definitely watch it 28 times just to make sure they hate it.”

“This is a series about an alien with two hearts who lives in a transcendental phone box — and yet somehow can’t change sex?” he said. “That is not an argument for 2017.” KI

Read Next
Mariah Carey returns to ‘New Year’s Rockin’ Eve’
EDITORS' PICK
High inflation: Your P1 is now worth only 87 centavos
Geek out at TOYCON 2022 powered by Smart Signature
Unemployment rate up to 6% in May
UK’s Boris Johnson will resign, BBC reports
High-risk pregnancy: Reducing your risk is in your hands
House energy committee chair Arroyo bats for cheap electricity
MOST READ
Suspect in grisly killing of missing woman in Bulacan arrested
Kim Atienza’s daughter flaunts bikini body in response to critics of her ‘revealing photos’
Cop slain in Isabela ambush
FDA probes popular Filipino noodle brand for ‘high level of ethylene oxide’
Don't miss out on the latest news and information.