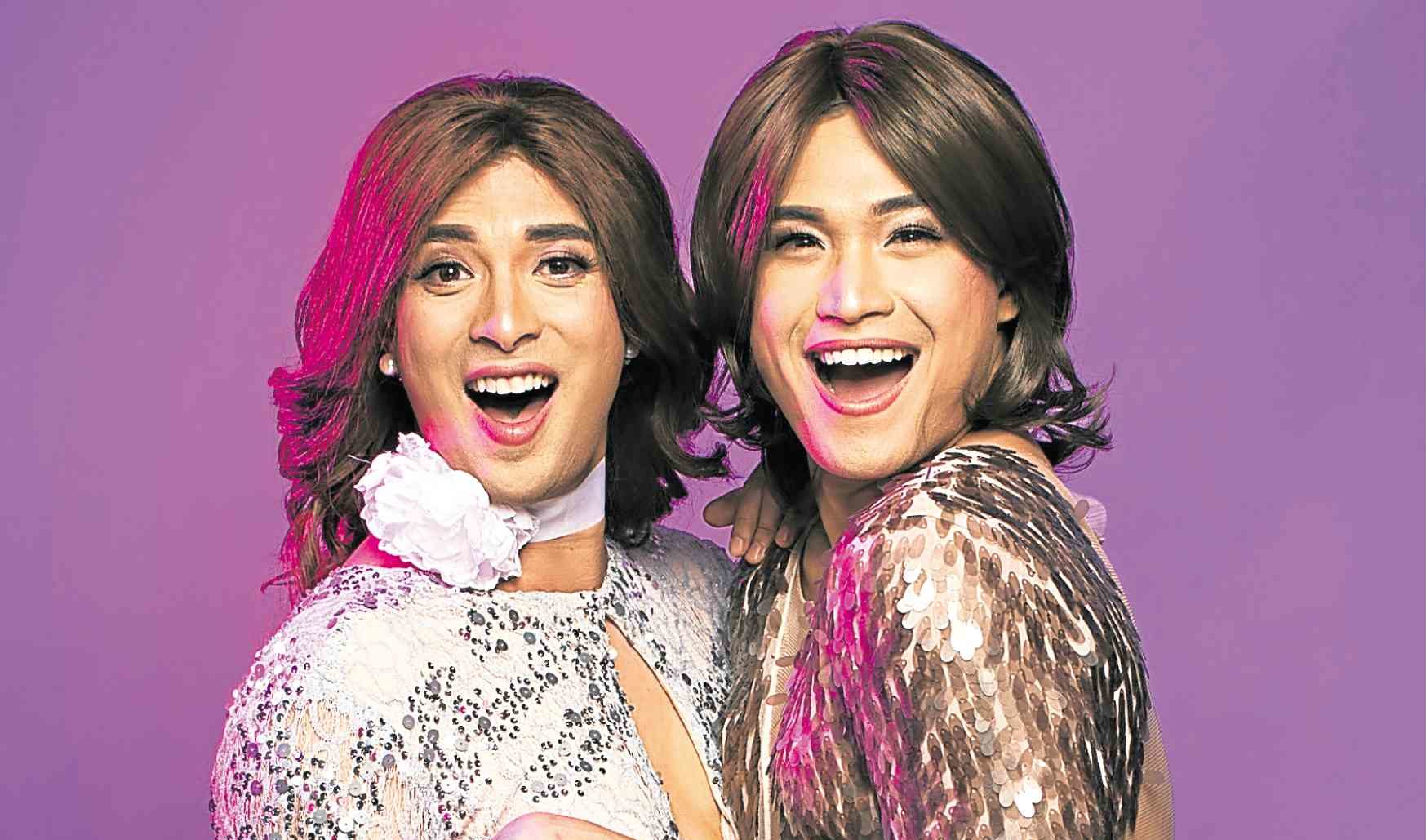 After doing the film “I Love You, Thank You” two years ago, Joross Gamboa vowed it was going to be the last time he played a gay role. He wanted to try something else, other genres—perhaps action, he said.

Or so he thought.

“I’m eating my words now,” quipped Joross at a recent press conference for the 2017 Metro Manila Film Festival entry “Deadma Walking,” a comedy-drama directed by Julius Alfonso, and based on a Palanca Award-winning screenplay by Eric Cabahug.

“I thought about declining the project when it was initially offered to me. But after reading the script, I had a change of heart—I loved the concept,” he said.

“Deadma Walking,” produced by T-Rex Entertainment, follows the story of two gay best friends: Mark (Edgar Allan Guzman) helps the terminally ill John (Joross) fake his own death and mount a sham funeral, so that the latter could satiate his vanity by watching his loved ones read eulogies for him.

“Typically, when you’re asked to do a gay-themed movie or television show, it would have a romance angle or involve intimate scenes. But this one is quite different. ‘Deadma’ is really a story about friendship that just so happened to have gay characters,” Joross told the Inquirer.

Like Joross, Edgar Allan (or EA) is no stranger to doing
gay roles.

“I have done a number of gay roles, but I have no fear of being typecast anymore,” EA told the Inquirer.

Excerpts from our interview with Joross (J) and EA:

What’s the toughest and most enjoyable part of doing the film?

EA: The challenge for me is more on the physical side. My character is a theater actor and sometimes dresses in women’s clothing, so I had to put on makeup, which is hard, especially since my eyes are sensitive.

But I embraced my character, which made it easy and fun to play.

J: Tucking in my balls (laughs)! The gay characters I had played in the past were usually sassy; John is not. And so I always found myself holding back on the retorts and jokes. But still, it was a lot of fun.

Do you have a peg?

EA: My elder brother is gay. I see him every day so I’m aware of his nuances.

How’s the chemistry between you and Joross?

EA: Joross and I have been friends for quite some time now, so everything was just natural between us. And I was actually a backup dancer for him once!

You and EA weren’t the first choice to do the movie. John Lloyd Cruz, Derek Ramsay and Dingdong Dantes were some of the names considered.

J: I’m happy the producers decided to upgrade by choosing us (laughs)! I guess we’re thankful that John Lloyd and Dingdong are so blessed they had to turn down the offer!

Do you think your performances here merit recognition?

J: I’ll be happy with even just a nomination. A win will be a bonus.

Were you relieved you didn’t have to do intimate scenes?

EA: Yes, because Joross and I might end up doing those a little too well (laughs)!