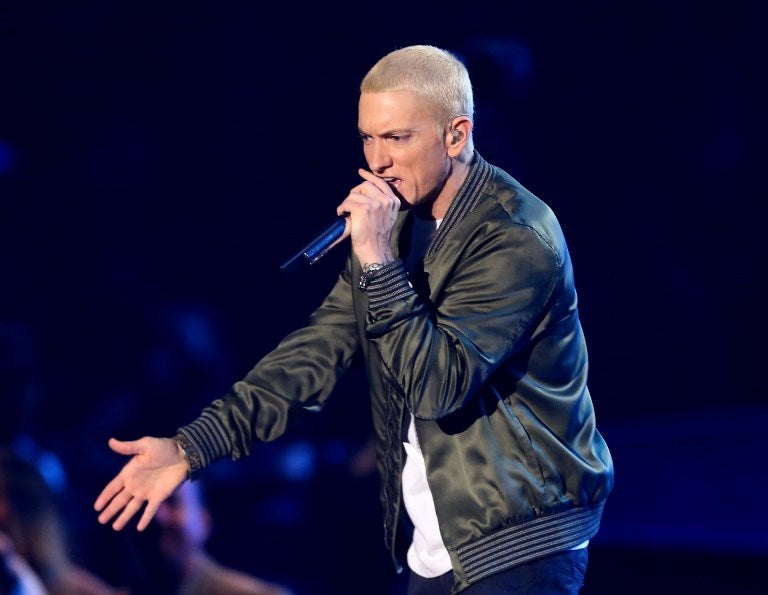 Eminem’s rocky relationship with his ex-wife Kim Scott is well known among fans and is often mentioned in lyrics of his songs.

After divorcing the mother of his daughter Hailie twice, the 45-year-old “Rap God” singer’s love life has remained private and away from the public eye.

In a recent interview with Vulture, the hip hop legend opened up about the state of his romantic relationships.

“Since my divorce, I’ve had a few dates and nothing’s panned out in a way that I wanted to make it public,” he said. “Dating’s just not where I’m at lately.”

The exchange took an interesting turn when Eminem revealed he also relied on online dating apps from time to time.

Interviewer: When you were dating, how’d you meet people? Tinder?

I: Are you being serious?

E: [Laughs] And Grindr. I also used to go to strip clubs.

Tinder, of course, is a location-based social search mobile app that allows users to chat and potentially meet up, while Grindr offers the same service for members of the LGBT community.

Judging by his tone, the Detroit-born rapper appears to be joking but the interviewer failed to come up with follow-up questions concerning the matter.

Meanwhile, Eminem has come under fire in the past for his use of homohopic slurs in his songs.

The Grammy Award winner responded by performing alongside Elton John during the 43rd Grammy Awards in 2001.  Khristian Ibarrola /ra