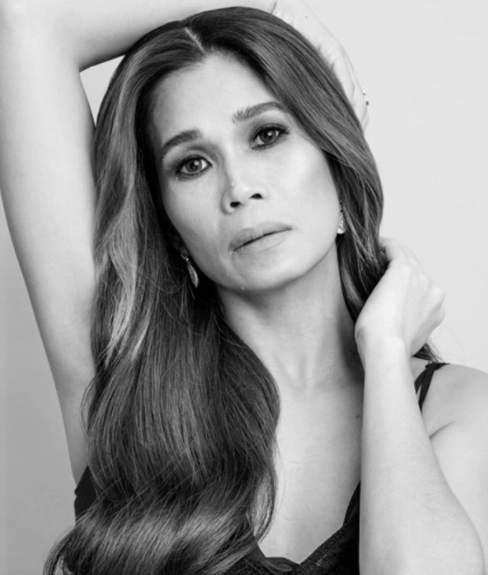 An infuriated Pokwang took her sentiments to social media following an incident with a neighbor who was a little too “insensitive” after pulling off a karaoke session even past the allowed hour.

In the comedian’s recent Instagram post, she narrated what happened in the wee hours of last night at around 12:15 am.

With a bit of sarcasm, she pointed out that there is now a governing law over videoke sessions done in the late night hours.

While she understands that everyone is in festive mood, she said it is still no reason to disturb the peace of other households.

(I know that it’s almost Christmas and there are parties left and right, but I hope no one abuses the time given them and that they know if their noise is in place. My mom is sick and can’t sleep because her window is facing directly to those singing karaoke, while I’m 8 months pregnant and having a hard time sleeping because of my condition.)

As she is more sensitive than ever due to her pregnancy, as well as concerned for the welfare of other members of her family who need rest, she sent out a helper to peacefully ask the neighbor to at least lower their volume but the unexpected happened.

(When my helper asked them to bring the noise down… Wow! Mister went wild! He had the guts to shout and threaten us! He said we shouldn’t have a party or else he will break the cars of my visitors. When would I have a party? How? Now that I’m on bed rest?)

The rather scandalous neighbor reasoned back and mentioned a shoot for a show done by the actress at their place which the entire community, as he said, did not question.

(He said that when we have a shoot, they don’t complain. Shooting? When? Ah… that was a backpack, mister, not a shooting! It was just one camera for “I Can Do That”! And we started at 3 p.m. and ended before 6 p.m. You were already bothered by that? Compared to your 12:15 a.m. noise?)

In closing, the comedian said that entire incident was recorded and threatened to reveal the name of their exclusive subdivision should the incident not be acted upon by authorities.

(Okay, everything you said, the threats and the curses were caught on video. Merry Christmas to you and good luck! I’ll reveal soon which exclusive subdivision this is in Antipolo if the HOA president doesn’t fix this!)

Pokwang is about to give birth to her first baby with partner, American actor Lee O’Brian. She recently stopped working to give way to her pregnancy.

She is a regular at Kapamilya hit gag show “Banana Split.” /je