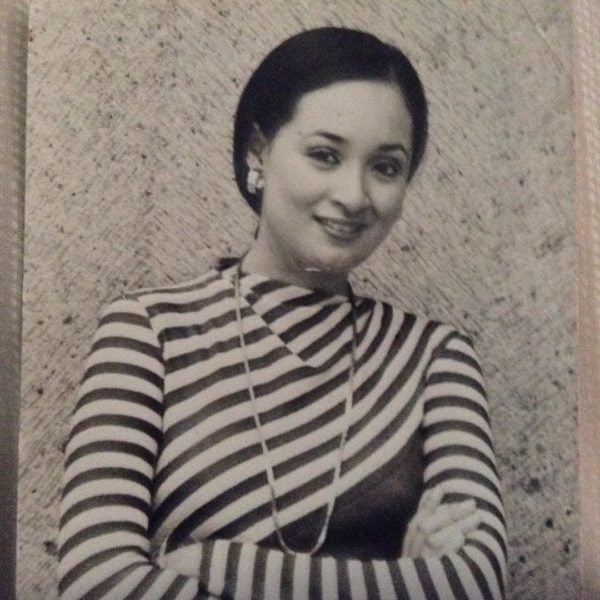 Seasoned drama actress Coney Reyes proved she’s a sterling beauty in her hey days with a photo she recently posted of herself circa 1975.

She credited the photo from a certain Lynn Rama. The photo was taken during the ’70s back when she hosted noontime “Student Canteen” when it first aired on GMA 7 in 1975.

Reyes was looking very young and all regal in her distinctly ’70s fashion. The photo was shot in black and white.

In the early ’80s, she left “Student Canteen” for what would later be the longest running noontime show, “Eat Bulaga”.

It was where she met original “Eat Bulaga” host Vic Sotto whom she had a son with, now Pasig Councilor Vico Sotto.

She was however mostly remembered for her long-running award-winning drama anthology “Coney Reyes on Camera” which spanned airtime from 1984-1998.

She is still regularly seen on drama series playing both villain and supporting roles.