The final scene of ‘Game of Thrones’ had the cast burst into tears, Sophie Turner reveals 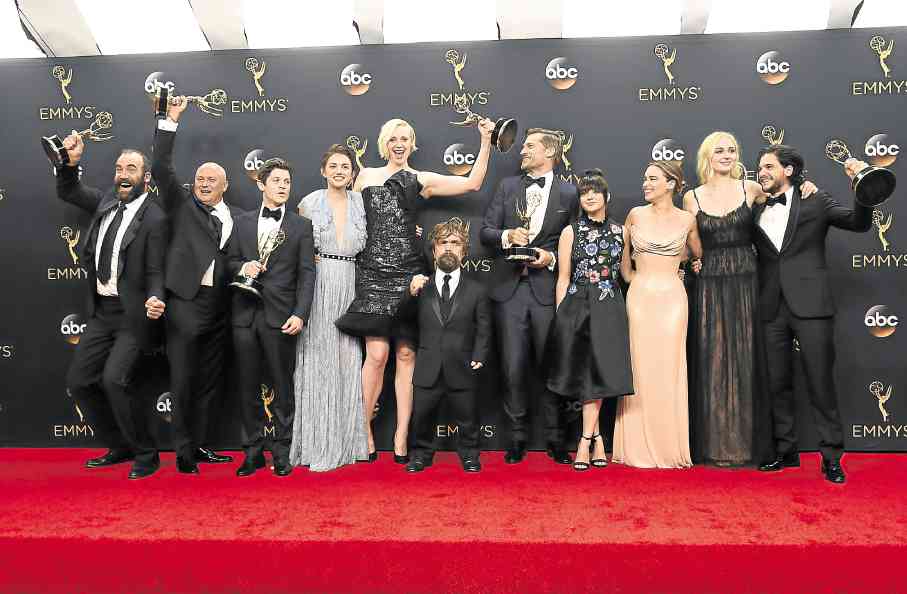 “Game of Thrones” actress Sophie Turner has confirmed that the show’s eighth and final season will come out in 2019 and it looks like she’s not done dishing out cryptic clues.

After an emotional final table read, the 21-year-old, who plays “Sansa Stark” in the show, recalled a “bittersweet” ending for the fan-favorite epic saga.

“At the end of the very last script, they read aloud, ‘End of Game of Thrones.’ As soon as they read that out, pretty much everyone burst into tears,” Turner told The Hollywood Reporter. “There was a standing ovation for [showrunners David Benioff and Dan Weiss]. We were all clapping and cheering. It was amazing.”

Turner also recalled feeling “a shock to the system” after reading the final screenplay.

“We actually realized, reading that ‘end of Game of Thrones line’ [at the end of the table read], that that was it. When you’re in it, you don’t really see an end point. It’s just an ongoing thing you’re living with. It was a real shock. It was really sad, but there was an immense amount of pride, too,” she explained.

She also teased that several fan theories had it right and even the show’s cast had predictions of their own come true.

“All of us have always had discussions about theories about what we think is going to happen—who’s going to die, who’s going to end up ruling. Now, we know,” she said. “It almost feels like another one of our theories. It doesn’t even feel like it’s what’s actually happening. It’s very satisfying.”

Without revealing any major spoilers, Turner had this to say:

“There are more relationships formed this season than any other. And more people meeting and more conspiracies and plotting and forming of alliances.