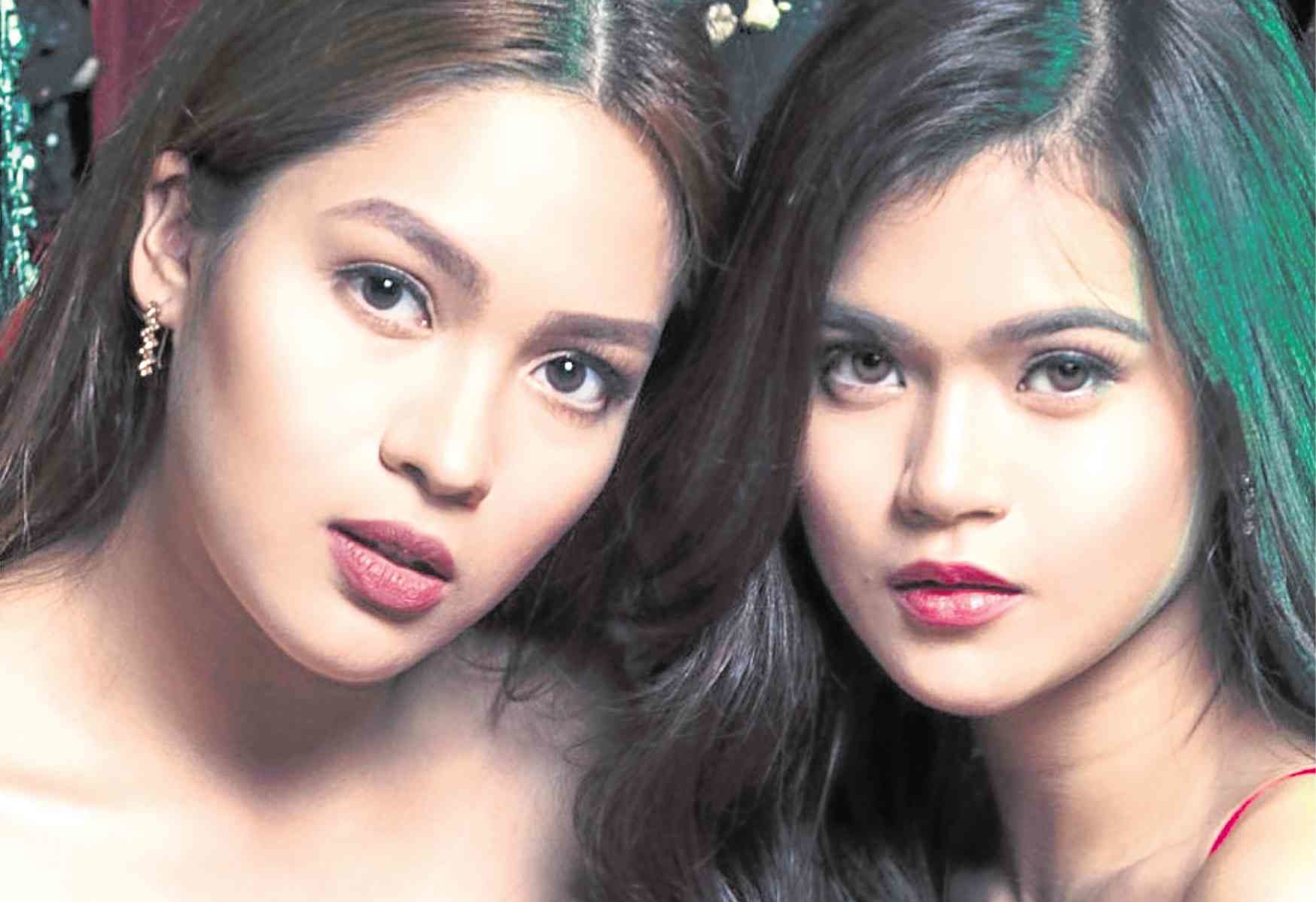 What would the Metro Manila Film Festival (MMFF) be without a movie that could send chills down your spine?

Regal Entertainment’s “Haunted Forest” (HF) is the only horror film in the festival’s lineup this year.

After 60 years in the biz, Mother Lily Monteverde, her daughter Roselle and company have not lost that fire to keep the industry alive.

We, at the Cinema Evaluation Board, gave “HF” a grade of B. The flick is topbilled by teen stars Jane Oineza, Maris Racal, Jon Lucas and Jameson Blake.

It picks up from where the “Shake, Rattle and Roll” series has left off. “Creep, creep,” hooray!

Would you rather be in a love team or a solo artist?

M: Being in a stable love team is fine, but I also want to work with other artists whom I can learn from.

J: Either will do. Whatever project given to me is a blessing, so I will take it.

What’s the cheesiest thing a guy has done for you?

M: He wrote a beautiful song for me.
J: He bought me a ring.

Maris, what stage is your special friendship with Iñigo Pascual in? We have a connection that I don’t have with anybody else.

Jane, how do you feel when people say that you have a resemblance to KC Concepcion? It makes me feel giddy.

If you were not a celebrity, would you join dating sites?

M: No, because I always have a hard time opening up.

J: Nope. We must not look for love; love should find us.

What do you miss about the days when you were not yet a celebrity?

M: Everything was simple and low maintenance. I didn’t have to shop for new clothes often. I also miss my childhood friends.

J: I don’t miss anything because being in show biz has always been my passion.

What’s your hashtag for yourself these days?

If you like a guy, would you make the first move?

M: Nope. I prefer giving all the love I have after he pursues me.

J: I am too shy to do that. I prefer to let nature take its course.

How are you living up to the millennial expression, “Yolo” (you only live once)?

M: I don’t have time for crazy adventures as of now, but my version of “Yolo” is giving love and doing what I love every day.

J: By being adventurous not just in my travels, but also in my projects.

Where do you see yourself 10 years from now?

M: I’ll be a strong and wise woman. Still dreaming and challenging herself to be better.

J: Still in show biz doing what I love most.

Who would you want to be trapped with in a haunted forest?

M: Eleven of “Stranger Things” and Chandler of “Friends.”

J: My boyfriend Kyle (Secades). Or probably Tarzan, since he’s the king of the jungle and we’re a match since I’m Jane (laughs).

Matteo Guidicelli outdid himself in his second solo concert, “Hey Matteo.” One of the highlights of the show was his duet with

Martin Nievera of “Say That You Love Me.” Cheers got louder when Matteo sang his part of the song in Italian.

The Concert King was all praises for Matteo and even said that the singer-actor was his younger version. Due to the success of the show, BigBang Productions is planning to mount the concert nationwide and abroad. Very “Goodicelli!”

Read Next
What Filipino and Italian actors can learn from each other
EDITORS' PICK
COOCAA TV Bounce Back Sale offers up to 50% off
Pandemic raises unemployment to 15-year high
Kin of 13 out of 32 fallen front-liners compensated
Smart launches new LTE-Advanced Pocket WiFi Plans starting at P699 per month
Cherry Mobile teams up with Cloud Panda PH, launches online store
COVID-19 infection in PH soars to 21,340; 714 new cases logged
MOST READ
Can Crawford survive the Pacquiao blitz?
Busted flood gate prompts probe of Bulacan dam
Kim Chiu’s viral dance video has no violations, MMDA agrees
Bayanihan Law effective until June 25 due to ‘sunset provision’ – Palace
Don't miss out on the latest news and information.