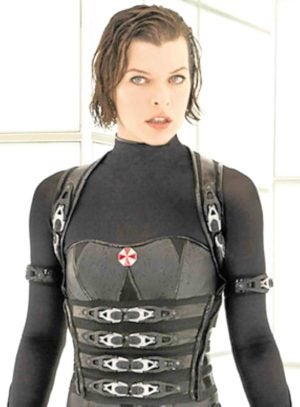 In Milla Jovovich’s Instagram page, she uploaded a Stories video of her tour of a Chinese market. The “Resident Evil” actress is in Beijing for work, but eventually checked out the streets for exotic culinary finds.

“The sights and smells here are incredible,” Jovovich said. “Totally foreign—some are inviting, and a lot of them are kind of insane. But the colors are just beautiful!”

She found huge squid tentacles on sticks, and meat that’s “hard to recognize,” among other dishes. But she was stunned to see scorpions, three skewered per stick, being sold, as well.

“I have no words. These poor babies are still moving. I’m completely fascinated and a little repelled… It’s a culture shock, to say the least,” she said.

For months now, pop culture-conscious netizens have noticed the striking resemblance between “Captain America: Civil War” actor Sebastian Stan and “Star Wars” veteran Mark Hamill, aka Luke Skywalker, via some memes that point out the similarities of their facial features.

Both have acknowledged that fact on social and traditional media. Fans continue to suggest that Stan could star in a “Star Wars” spinoff as the iconic hero.

Pink: No to being a judge

While some of her fans think that she would make a great mentor in singing contests, Pink is convinced otherwise.

“Nope. I’m not diplomatic. I wouldn’t be helpful,” the singer-songwriter recently told The Sun, when asked if she would consider being a judge in the reality-based singing tilt, “X Factor.”

Meanwhile, Pink also put an end to persistent rumors that she and Christina Aguilera are still feuding. In fact, Pink related, they had recorded a duet for Christina’s album.

“I don’t know when it’s coming out, but it’s amazing,” she said. “We did it two years ago, so I don’t remember the title. But she’s incredible.”—OLIVER PULUMBARIT, ALLAN POLICARPIO