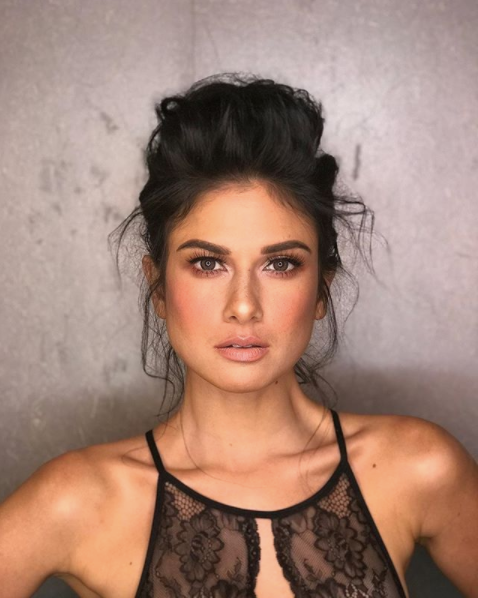 Instead of hitting back, Bianca King chose to welcome criticism after one netizen shared her sentiment regarding King’s acting on the show “Pusong Ligaw”.

One Twitter user, @iamyours_allen, wrote on Friday that King’s acting was “chaka.” The actress then took notice and asked how she can improve.

To this, the netizen thought she was being bashed and explained her declaration by pointing out a scene involving an exchange of lines between King and Sofia Andres: “I mean come on. You are both gorgeous to be a mother and daughter tandem,” the netizen wrote. 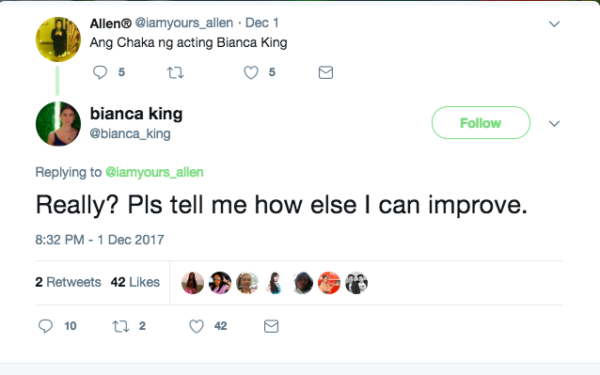 King then humbly said that the show’s cast do their best to play their part well, adding that the show’s successful run proves that the cast’s acting is okay. She also added, “Critique is always welcome.”

Meanwhile, fans of the actress came to her defense and brushed off the criticism.

Twitter user @allure_644 also praised King’s performance by saying she was “perfectly doing just fine,” and warned the critical netizen to be “sensitive and tactful” next time when dropping a comment.

In the series, King plays Marga Cervantes, a once aspiring beauty queen who wishes to achieve her dreams through her daughter, played by Andres. JB