‘Bagets’ too crowded for its own good 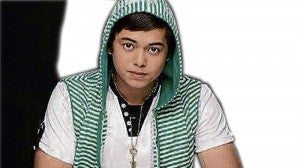 The ’80s youth film “Bagets,” produced some durable stars, paced by Aga Muhlach, still local films’ drama king. It stands to reason that the revival of “Bagets” on TV5, which started airing May 15, is expected to similarly enhance the careers of at least some of its new generation of leads.

We caught the pilot show to evaluate the show’s prospects. Here are our initial findings:

On the plus side, the storytelling is brisk and engaging. Specific focus is on the summer arts and performing arts classes of its cast of young students. The original movie focused on its young male leads; this revival production is also interested in their female counterparts.

This wider focus turns out to be a problem because it includes too many principal characters to effectively handle. Some of the young female leads are appealing performers, but there simply are too many of them. The series is also interested in their parents, which further distends the show’s focus.

So, while the new “Bagets” is viewable, it’s too busy, hectic and crowded for its own good. Including many female characters robs it of the original movie’s uniqueness due to its significantly male focus, and makes the new show look and feel like many other “coed” youth series around.

Another distraction is the use of members of the faculty generally for comic relief. This “dumbing down” of the educational institution’s staffers conveniently affirms the young characters’ fantasy that they’re smarter than their teachers—which definitely shouldn’t be encouraged, because it just isn’t true.

More on the up and up is the depiction of the “social classes” among the studentry, and the conflicts and problems that arise from them. Also welcome is the believable depiction of how young people talk, think and act.

Other gambits, like using the series as a showcase for youth fashion, music, dance, trends and gadgets are okay, but they’re sometimes focused on too long. After establishing its mod youth milieu, the series should make better use of its time by dramatizing more relevant issues affecting the young today, aside from having a slap-happy summer fling.

An interesting sidelight is the inclusion in the cast of actors from the ’80s, like Raymond Lauchengco, who not so incidentally was one of the actors in the “Bagets” movie. The nostalgic note struck links the two generations quite nicely, and helps provide a context to the new production that enhances its appeal.

Also noteworthy is the inclusion of Aga’s half-sibling AJ Muhlach in the cast. Let’s hope that he’s got what it takes to make it in the biz like his kuya.

Read Next
Elton John urges Florida to save HIV/AIDS funding
EDITORS' PICK
Acer starts the year off strong with the Aspire Vero National Geographic Edition
SSS: Members on home quarantine due to COVID-19 can apply for sickness benefit
Kalinga, Ifugao, Mt. Province, N. Samar will be under Alert Level 4 from Jan 21-31
Mobile COVID-19 vaccination for commuters, transport workers set at PITX
PH to send 584 athletes, 161 officials to Vietnam SEA Games
Gear up and get ready to play with Yamaha Mio Gear
MOST READ
Mayor Vico counters vice mayor: ‘Did I say anything about his family?’
Imelda Marcos trends on Twitter after octogenarian jailed for allegedly stealing mangoes
Villar backs implementation of EDSA decongestion blueprint
PH 51st on list of world’s most powerful militaries
Don't miss out on the latest news and information.