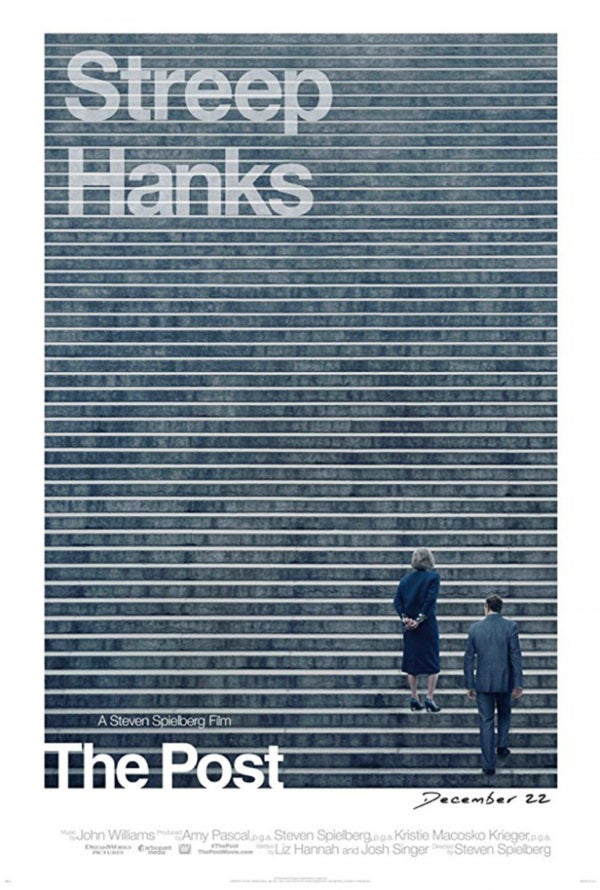 The American organization has crowned Steven Spielberg’s latest movie, about the Washington Post’s coverage of the Pentagon Papers, as its best film of 2017. “Lady Bird”, “Phantom Threat”, “The Disaster Artist” and “Get Out” were also among this year’s winners.

Things are looking good for Steven Spielberg and his latest movie “The Post”, one of the big favorites of the United States movie industry awards season. Amid the build-up to potential Golden Globe or Oscar nominations, the National Board of Review has picked the movie as its Best Film of 2017, while also crowning its lead actors, Meryl Streep and Tom Hanks.

However, the veteran movie-maker didn’t bag the NBR’s prize for Best Director, which went to upcoming filmmaker Greta Gerwig for “Lady Bird”. Gerwig becomes the second female winner in the category since the creation of the National Board of Review, coming five years after Kathryn Bigelow’s win for “Zero Dark Thirty”. Bigelow also happens to be the only woman to have lifted the Best Director Oscar with her 2010 win for “The Hurt Locker”.

Other National Board of Review Award winners include the cast of “Get Out”, the screenplays of “Phantom Thread” and “The Disaster Artist”, and animated movie “Coco”.

Alongside its awards, the National Board of Review also published its list of the top 10 movies of 2017. As well as “The Post”. “Lady Bird” and Jordan Peele’s “Get Out”, the list includes “Dunkirk” directed by Christopher Nolan, “Logan” by James Mangold, “Downsizing” by Alexander Payne, “Call Me By Your Name” by Luca Guadagnino, “Baby Driver” by Edgar Wright, “The Disaster Artist” by James Franco, “Phantom Threat” by Paul Thomas Anderson and “The Florida Project” by Sean S. Baker.

Still, NBR winners are often among the Academy Awards’ nominees. At the last Oscars, the Academy nominated seven of the movies honored by the National Board of Review.

New in theaters: ‘The Disaster Artist’, ‘The Shape of Water’, and more