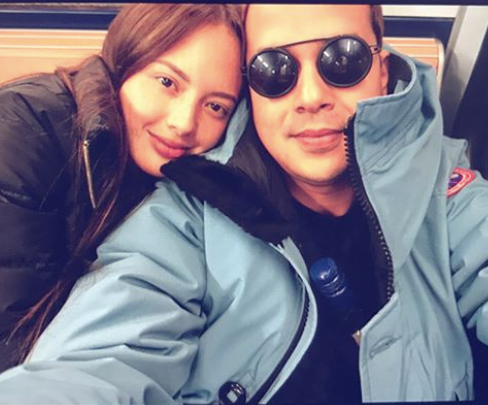 A video featuring actor John Lloyd Cruz sitting with Ellen Adarna and her parents at a dining table has been  getting widespread attention in social media.

Instagram fan account @jlc_ellen uploaded the video. The clip starts out focused on a table with lumpia wrappers spread out and being rolled.

The camera-person then pans up to show Cruz sitting across the table while scratching his head. 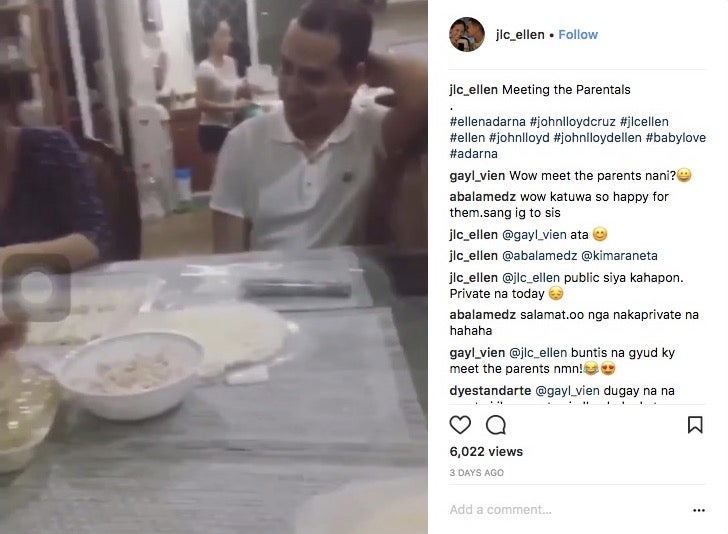 Panning left, the camera showed a woman who appears to be Adarna’s mother Meriam, and her father Allan, both sitting at the front of the table. Panning further, Adarna is eventually shown placing ingredients on the lumpia wrapper. 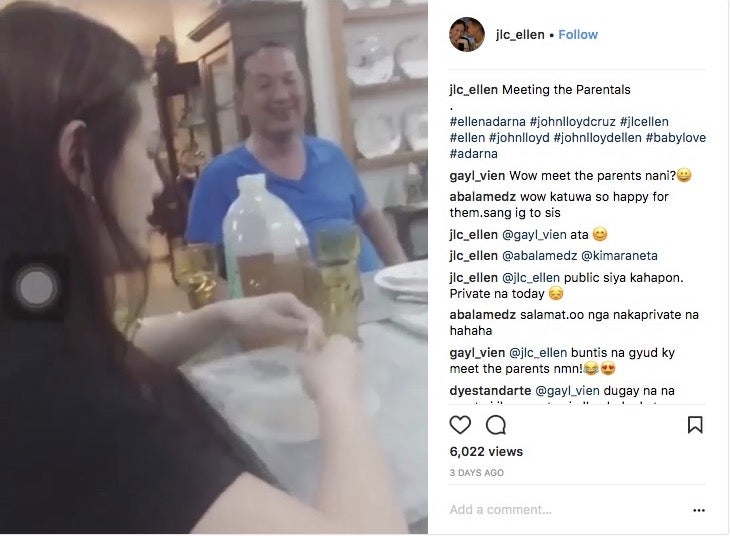 According to @jlc_ellen, the video had been available for viewing by the public yesterday via Adarna’s Instagram page. The video currently no longer shows up on her IG feed, suggesting it may have either been taken down or set in private.

Cruz and Adarna have been romantically linked as the two have spent time together traveling abroad for several weeks.

Commenters on the post connect the scene in the video with previous reports of Adarna’s rumored pregnancy. JB

Why Ellen Adarna might be keeping mum on pregnancy