Pixar does it again with ‘Coco’

LOS ANGELES—“Coco” is a visual feast and a moving film that belongs with the animation powerhouse’s masterpieces. While it’s a coming-of-age movie steeped in Mexico’s rich Dia de los Muertos (Day of the Dead) tradition, “Coco” is universally appealing with its themes of family and remembrance.

“Coco,” directed by Pixar veteran Lee Unkrich, will also move you with its songs. I dare you not to be stirred, especially by “Remember Me,” as sung in various versions, but the last one toward the film’s end touched me deeply. Bravo to Fil-Am Robert Lopez and Kristen Anderson-Lopez, who composed memorable songs worthy of inclusion in Disney’s cherished pantheon of tunes, and to Michael Giacchino for the majestic original score.

The wonderful surprise is that Gael and Benjamin sing some of the film’s songs.

Lee explained, “Benjamin Bratt sings most of Dela Cruz. We had another singer [perform some songs] that were more difficult to sing because Benjamin isn’t a professional singer. He can sing well, but some of the things we wanted him to sing were just beyond his range. So we had a stunt singer. But Benjamin sings most of it and he’s very proud of it. Gael did all of his singing in the movie. And Anthony is an amazing singer.”

In separate interviews, Benjamin, Gael and Lee talked about “Coco,” which is earning praises from critics. Benjamin walked in holding a marigold flower, which is used as a visual leitmotif throughout the movie.

Excerpts from our chats: 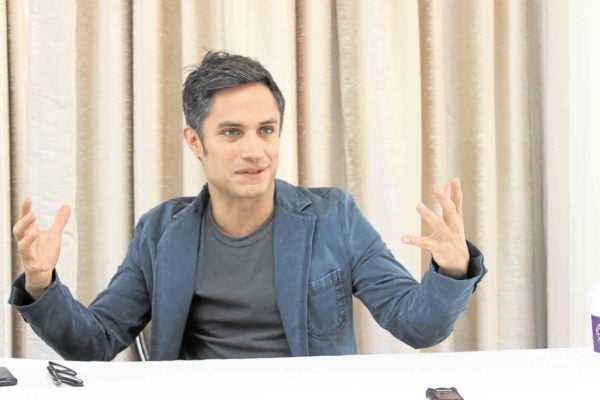 What was your reaction when you were offered to be part of this movie that attempts to feature a big Mexican tradition? When I was invited to do this project, it sparked my curiosity, absolutely. I was very excited about it because Pixar does some of the best movies.

The movie touches on the theme of remembering. Who do you remember often and with fondness? Many people, but especially my grandmother, Maria La Marque Sainz, from Sinaloa (Mexico). She passed away five years ago. She was funny and edgy.

Have your children seen this movie? The songs were composed by Robert Lopez and Kristen Anderson-Lopez, who also wrote the songs in “Frozen.” They will soon. But, like all little girls do, my daughter loves “Libre Soy,” which is how the song “Let It Go” is titled in Spanish. (He sings part of the song in Spanish.) I think they’ll also eventually end up singing these new songs. 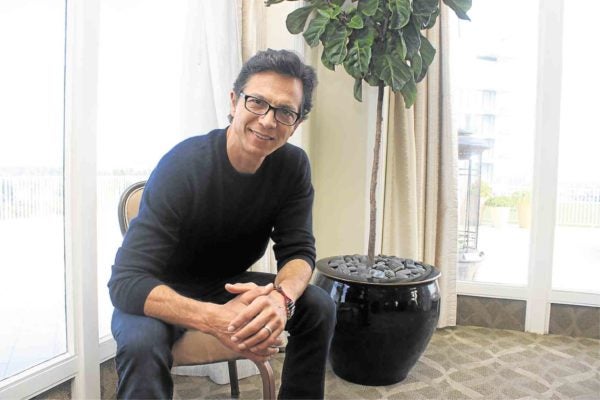 Lee Unkrich said that your actual singing voice was used in most of your character’s songs in the movie. That’s impressive. If it was impressive, it was also terrifying (laughs). I’m not a singer. I have always said that I would trade everything I have, and any kind of artistic talent, to be a good balladeer. Mainly because it’s the one art form that translates across culture and language barriers. You can bring that instrument anywhere you go in the world and people will recognize the beauty of a singing voice.

I’m a decent actor but a terrible singer. So, when they said part of the condition of taking on the role was to also sing the songs, I’m nothing if not up for a challenge, so that was it.

So, they put me with Liz Caplan, who’s a musical wizard in New York. She works with Broadway performers and trains actors who are required to sing on film.

You’re carrying around a flower. Does that reflect how romantic you are? It was a complete and utter manipulation (laughs). Look, soy Latino, so yes, I’m a romantic. I am also an artist. But it’s a pretty flower, too. I am a fan of orange, because I’m a (San Francisco) Giants fan. 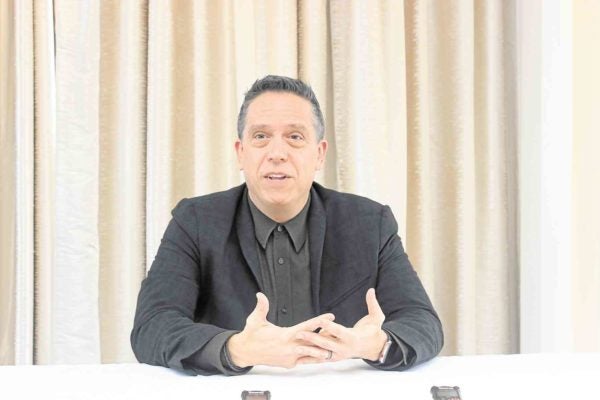 Are you aware that there are countries other than Mexico that celebrate Day of the Dead? In the Philippines, it’s called All Saints’ Day, when families flock to the cemeteries to pray, light candles, eat and play music in remembrance of their departed loved ones. I have learned so much in the course of making this movie. I wasn’t aware that there were so many cultures that had traditions that were similar to Dia de los Muertos. It is unique in Mexico, but it’s heartening to learn that there are many different traditions in different cultures that are along the same lines of what they celebrate with Dia de los Muertos.

Some are more somber and reverential than others. But it’s part of the reason why I hope this film can play all over the world. We tried to say things that are universal about family and the importance of remembering our ancestors.

You have directed several Pixar films, but “Coco” is the first one where you worked from an original material. Yeah, this was the first time that I started with a blank blinking cursor on a screen and had nothing. I had to turn it into a movie that could be opened around the world.

“Toy Story 3” was very difficult, but there were things that were easier about it, being a sequel.

On “Coco,” it was coming up with a story that was worth telling and dealing with the cultural sensitivities that were important to all of us, and casting. We wanted an all-Latino cast.
The movie is full of music and it’s in its DNA—that posed new challenges. After 25 years of making these movies, I’m always looking for something to keep me excited and passionate.

Animated film fans are also excited about “Toy Story 4.” What can you share about it? I can tell you that there are a lot of talented people in it. They have already been recording Tom Hanks, so they’re plugging away.