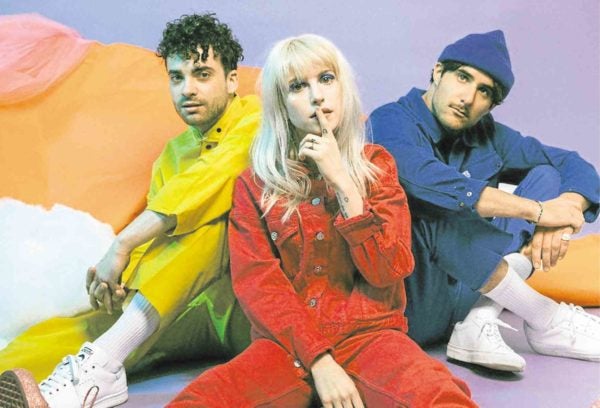 American pop-rock band Paramore will return to the Philippines to hold a concert on Feb. 18, 2018, as part of its “Tour Four” world tour, according to local promoter MMI Live. Call 4702222.

Led by singer Hayley Williams, Paramore rose to prominence in the late 2000s because of its alternative rock- and pop-punk-inflected ditties, like “Misery Business,” “Decode” and “That’s What You Get.”

The coming show—the group’s third in Manila—should be an interesting one for the fans. Paramore will perform songs from its latest studio album, “After Laughter,” which had the band making a change in its musical direction by adopting dance and synth-pop beats.—ALLAN POLICARPIO