Cheers and jeers for Garth Brooks 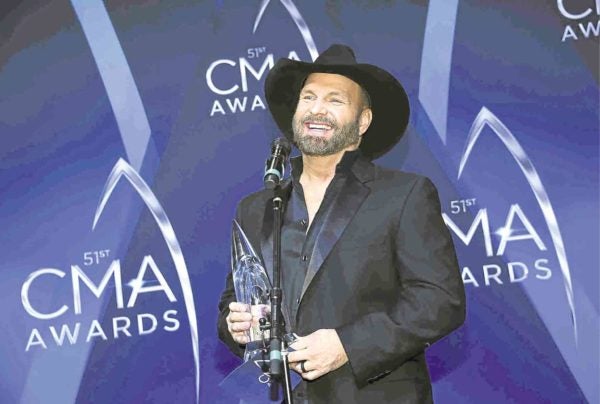 While he drew cheers for winning the entertainer of the year award at this year’s Country Music Association Awards, singer-songwriter Garth Brooks had to put up with jeers, too, after netizens noticed that he was lip-syncing his performance of “Ask Me How I Know” at the ceremony.

Backstage, talking to US entertainment journalists, Garth admitted that he did mime onstage because he didn’t feel well enough.

“We’re in the middle of 12 shows in 10 days. Not 10 shows in 12 days—12 shows in 10 days. We did a game-time call on whether to sing the track or lip-sync, and decided to lip-sync,” he explained. The voice just isn’t there anymore, and you want to represent country music as best you can.”

Nonetheless, Garth said he’s thrilled to share the trophy with his wife, singer Trisha Yearwood, and his crew: “I’m taking it back to them. I get to be with the love of my life,” the country rock musician said. “They (his crew) have to live without their families out there. They work their asses off.”—ALLAN POLICARPIO