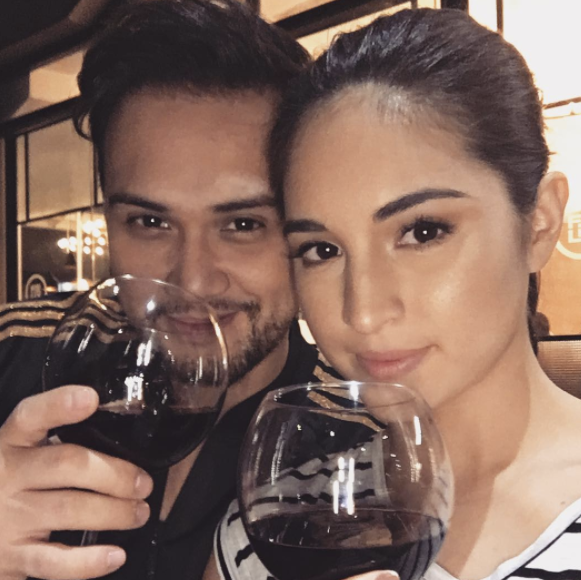 The country still hasn’t gotten over the fact that Manila’s most-beloved It girl is finally married. Everyone is still clearly glued to the details of the wedding of Anne Curtis with restaurateur Erwan Heussaff. As the actress’ family and friends flocked to New Zealand, it was also noticeable how some friends of the couple were not present at the occasion, including Curtis’ “It’s Showtime” co-host Billy Crawford and his fiancee Coleen Garcia.

A netizen even asked Garcia on Twitter why she and Crawford weren’t able to make it, and she candidly answered that “we both have work here in Manila.” 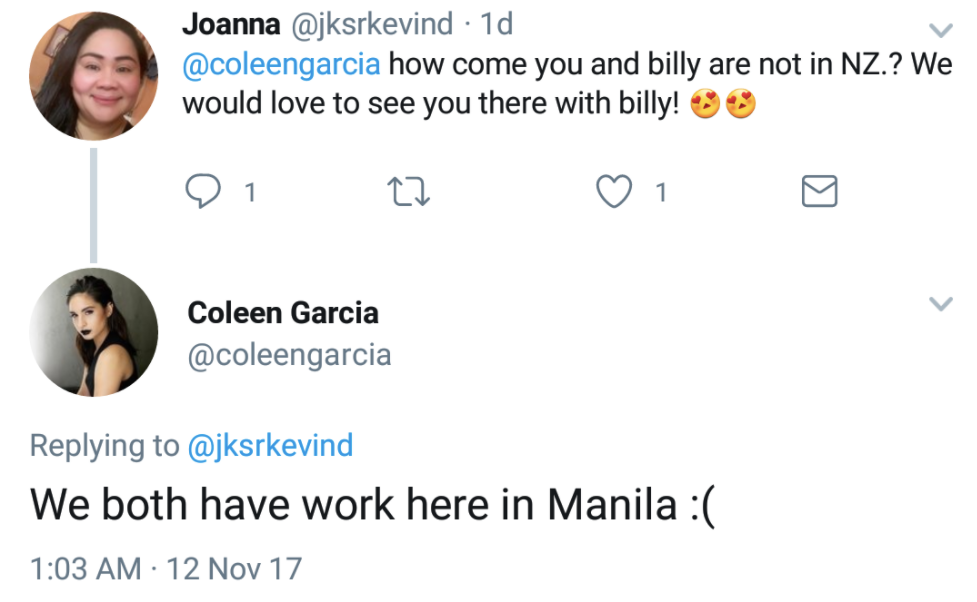 The “It’s Showtime” crew flew to New Zealand to witness the wedding of their darling co-host. Among those present were Vice Ganda, Kim Atienza, Ryan Bang, Jugs Jugueta and Teddy Corpuz, among others.

Days prior to Curtis’ wedding, celebrities were already seen posting photos of the beautiful landscapes in New Zealand, further intensifying speculations that the actress’ wedding will happen there. All questions were finally answered on Nov. 12, when the two officially became Mr. and Mrs. Heussaff. JB