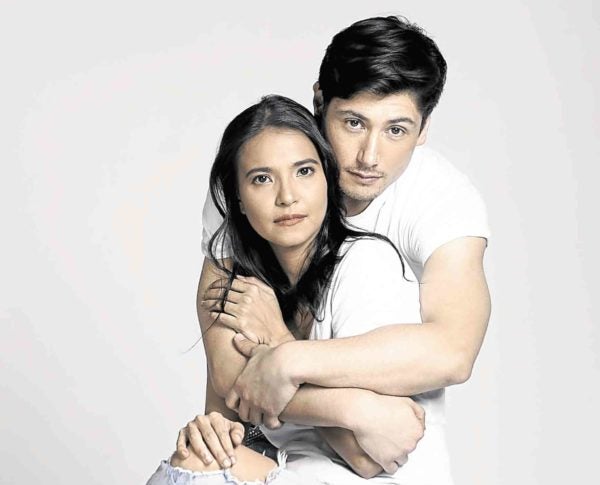 There’s nothing foolish about a couple discussing the unrelenting irritants that threaten to break them apart. But, director Dondon S. Santos’ dramatic two-hander “12,” starring the attractive tandem of Alessandra de Rossi and Ivan Padilla, is quickly weighed down by its lead characters’ perpetually pontificating tone and incessant prattle.

Best friends-turned-lovers Erica Valera (Alessandra) and Anton Romualdez (Ivan) have been together for 12 years. But, while they claim to love each other to bits, that apparently isn’t good enough to keep them invested in the relationship.

The festering problem reaches a tipping point after Anton asks for Erica’s hand in marriage—and she declines! So, following a protracted period of ceaseless hemming and hawing, they decide to (grudgingly) call it quits. The movie then revisits the high and low points of their relationship as Erica and Anton mull over a future without each other.

But, like persistent fungi that refuse to go away, Erica and Anton’s tireless exchanges soon turn into repetitive or meandering discussions that are more exhausting than sympathy-inducing.

It’s hard to find fault with the lead actors’ thespic stamina and alacrity, but not even the couple’s substantial screen presence can enliven the film’s dreary progression as it inexplicably goes around in circles. It’s like letting Alex and Ivan say too much with too little thematic “ammunition,” and not enough thespic meat to chew on.

The film’s occasional moments of angst-leavening levity (hello, Empoy Marquez) are a welcome respite from its characters’ whiny muck-raking. But, when Erica begins demanding Anton’s attention, armed with the cringe-inducing line, “Can’t you see I’m broken?” we’re ready to blow the coop. 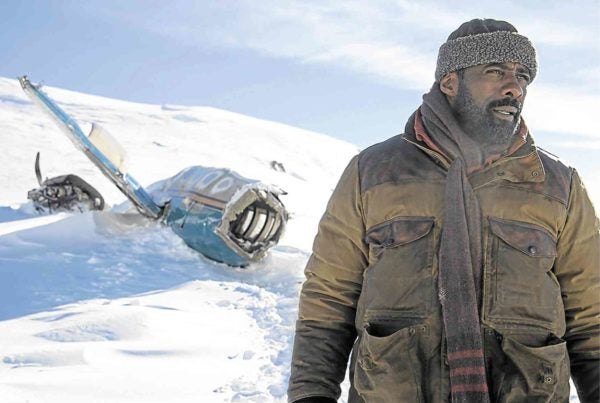 Idris Elba in “The Mountain Between Us”

In “The Mountain Between Us,” Kate Winslet and Idris Elba refuse to succumb to thespic flailing. They carry the weight of their complex dramatic tasks on their sturdy shoulders with disarming vulnerability and beautifully muted conviction.

But, despite its occasionally sagging moments, director Hany Abu-Assad’s compelling romantic-adventure, which is also a two-hander, is devoid of self-indulgent tedium.

The movie sees Kate and Idris embarking on a perilous journey when the characters they portray—photojournalist Alex Martin (Kate) and troubled neurosurgeon Ben Bass (Idris)—find themselves stuck on an inaccessible, snow-covered mountain after the pilot (Beau Bridges) of the charter plane they hire suffers a heart attack. 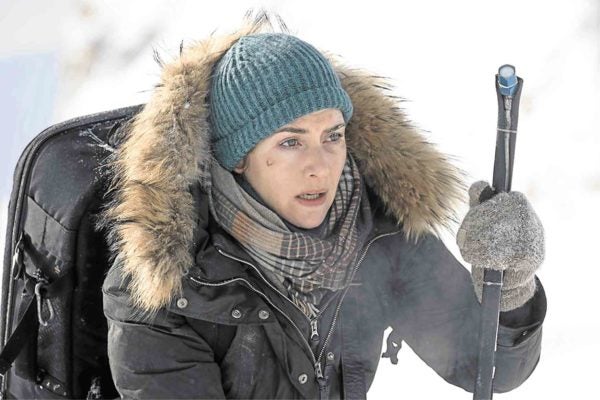 Their situation may be more “extreme” than what Erica and Anton are made to go through in “12,” but you hardly see them throwing daggers and “worded” knives at each other. Despite the production’s relative lack of flashy dramatic flare, it’s instructive to note that the subtle romance that gradually unfolds between Ben and Alex isn’t any less captivating to watch.

They begin as strangers with nothing much in common: Ben is nursing a “broken heart and a tattered soul,” while Alex is gearing up for her date at the altar with her longtime beau, Mark (Dermot Mulroney).

But, there’s something about tragedy that inspires people to see life in a different light, and changes them forever.

With only a gorgeous Labrador to help them keep a ravenous cougar at bay, Ben and Alex’s death-defying ordeal compels them to rely on one another to stay alive.

But, is their growing affection for each other and their renewed appreciation for life powerful enough to keep them alive?