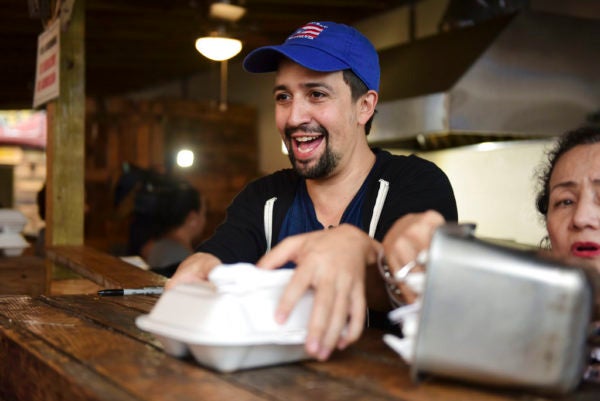 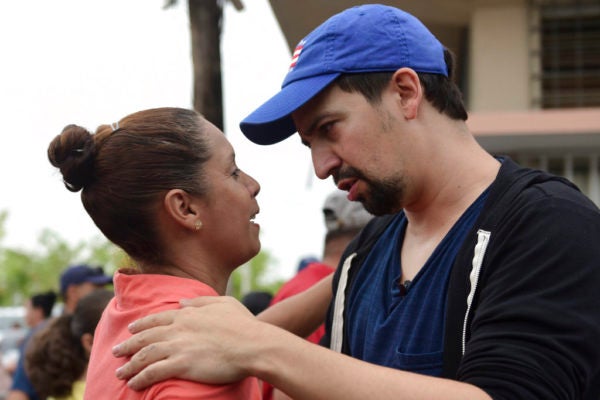 The playwright’s grandparents hail from Alta Vega, Puerto Rico. On Twitter, he shared that their home had been ravaged by the storm.

My Abuelo’s old house.
Only the footprint and porch remains.
So that’s where we begin again. pic.twitter.com/FCd6yy5eCM

The organization said it will award at least 25 grants ranging from $50,000 to $100,000 (P2.6 million to P5.15 million) for reconstruction projects. A portion of a grant can be used for emergency relief efforts including food, water or shelter, officials said.

He is scheduled to meet with students on Wednesday at the University of Puerto Rico in Rio Piedras.

“Road to recovery does not rely on American gov’t” 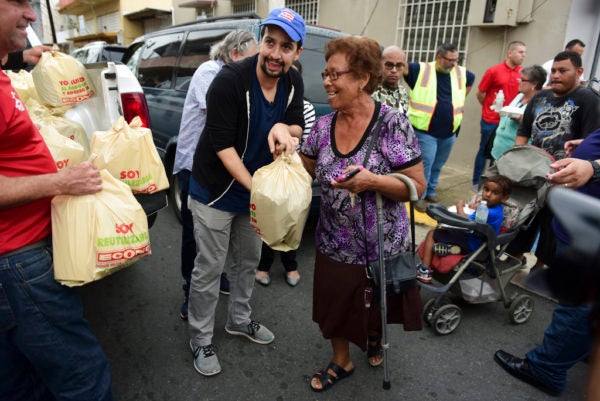 “The road to recovery in Puerto Rico is not a simple one nor is it one that relies solely on aid from the American government on the mainland,” Miranda said.

“Together, we will cultivate, fund and execute practical and actionable solutions to kick-start and continue the island’s road to recovery for years to come.”

After Trump castigated San Juan Mayor Carmen Yulín Cruz for begging for help, Miranda tweeted that the president “is going straight to hell.”

She has been working 24/7.
You have been GOLFING.
You’re going straight to hell.
Fastest golf cart you ever took. https://t.co/5hOY23MBvQ

He noted that Cruz, whom Trump said had been a “poor leader”, was working hard while Trump was seen playing golf after the hurricane.

Hurricane Maria hit Puerto Rico on Sept. 20 as a Category 4 storm, destroying homes and power lines and leaving tens of thousands of people without work. Nearly 40 of Puerto Rico’s 78 municipalities are still without power and nearly 20 percent of the island remains without water. NVG

Many Puerto Ricans angry over Trump’s comments on island