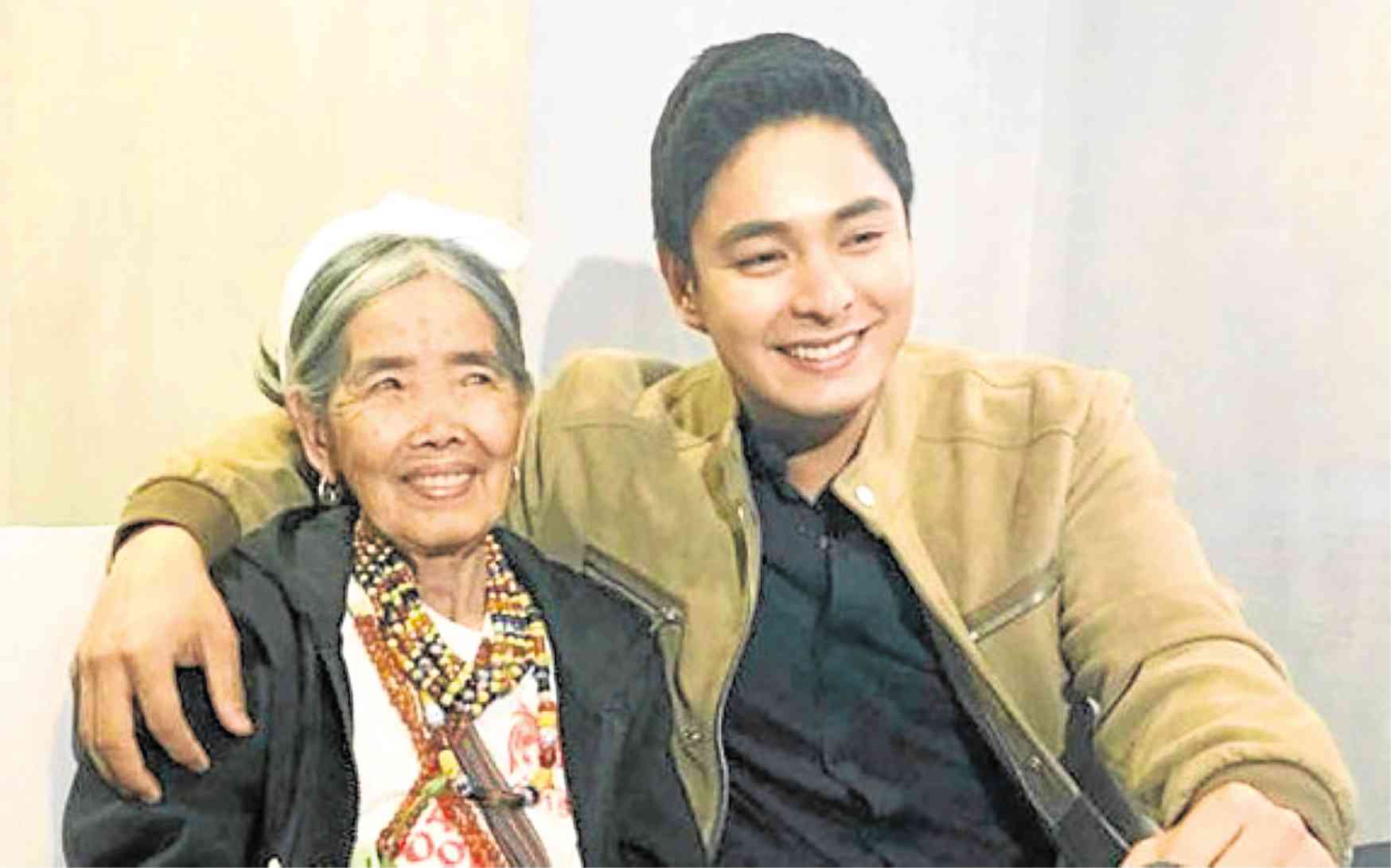 It was a humbling experience,” said actor Coco Martin of the time he personally met renowned Kalinga-based tattoo artist Whang-od, who paid him a visit in Manila recently.

“At 100 years old, she is still very strong,” recounted Coco. “We offered her food (during the get-together). We prepared fish and vegetables for her because that’s what we thought she would like to eat, but she only ate rice and a little salt, then drank water. I guess that’s her secret to staying strong and healthy. It also helps that she lives in a stress-free environment.”

The actor said he failed to get a tattoo from the legendary mambabatok because “she was already too tired from traveling. She rode the helicopter and experienced terrible traffic when she arrived in Manila.”

As to which tattoo design he would like to get, Coco said: “Whang-od decides what to draw on your skin. She once told me about wanting to draw a warrior of some sort.”

Whang-od was the guest of honor in the recently concluded Manila Fame, held at the World Trade Center.

“She told them (organizers) that she would personally attend the event only if she could also meet me,” explained Coco.

To show his appreciation for her visit, Coco said he gifted Whang-od with jewelry pieces.

“I got her matching necklace and earrings. It was hard to think of what to give her,” he shared with the Inquirer. “I also made a promise to visit her (in Kalinga) when I’m done working on ‘Ang Panday.’”

Coco is directing the action-fantasy film, which he also stars in. He said principal photography concluded only last week, and that it is now in the editing stage.

The actor, through his CCM Creatives, developed a game application based on the iconic komiks character created by Carlo J. Caparas, and was first immortalized by the late Fernando Poe Jr. on the big screen.

Coco collaborated with Synergy88 Digital Inc., a Philippine-based development company that has already worked with multinational groups like Microsoft and Dreamworks, and created CoSyn Media Tech.
As of this month, only the game’s demo version is available on Google Play.

“It all happened when I was looking for an animation company to work on the film. We got to share ideas and decided to make an app,” explained the actor, adding that it would serve as a support to the 2017 remake of the film.

“This is our way of reintroducing ‘Panday’ to millennials,” he added.

Coco claimed to be hands-on with the project.

“The character looks and sounds like me. I personally picked what he’d wear and which weapons he’d use in the game. Even the setting is based on the story—it will start in Tondo,” he shared with Inquirer.
He added that players of the game will have a preview of what will be seen in “Ang Panday” when it is finally shown on the big screen in December.