Giving MMFF back to movie industry

Unlike his predecessors, Francis Tolentino, chair of the Metropolitan Manila Development Authority (MMDA) which spearheads the Metro Manila Film Festival (MMFF), says he would like to see the “private sector” eventually managing the annual event.

For years now, show-biz leaders have repeatedly called for the return of the supervision of the MMFF to the industry. (The Movie Workers Welfare Fund or Mowelfund handled the festival until the Edsa People Power Revolution in 1986.) They have found sympathetic ears in Tolentino, who says he would like to see the MMDA stepping back and taking a “supporting” role.

Tolentino, however, clarifies that this cannot be done overnight. “The phaseout should be gradual,” he says. “We have to make sure the organization that will take over has the structure and the capacity to run the festival.”

He is certain that such a reform will vastly benefit the MMFF. 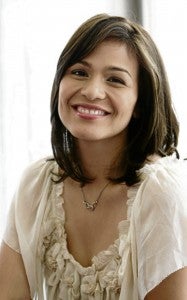 Another initiative that Tolentino champions is the inclusion of a New Wave section, opening up the festival to independent and, this year, student filmmakers. “This will spur the development of local movies,” he points out. “They are the future of the industry.”

“It’s a wonderful development that indie films are now included in the MMFF,” Lopez notes.

Boots Anson-Roa, MMFF executive committee member and Mowelfund head, says, “Film industry stakeholders are generally appreciative of chair Tolentino’s management of the event, and also his innovations and vision for the MMFF.”

The MMFF indie section will run from Dec. 17 to 21 at Robinsons Galleria.

Interestingly, while Tolentino wants the fest to move away from government, relatives of former presidents have film entries this year. Aside from Marcos in the indie category, Kris Aquino and Jeorge Ejercito have entries in the main section.

The annual Parade of Stars will begin at the SM Mall of Asia grounds on Dec. 24, while the awards night will be held at the Newport Performing Arts Theater, Resorts World Manila, on Dec. 28.