Latest ‘Star Trek’ series off to a good start 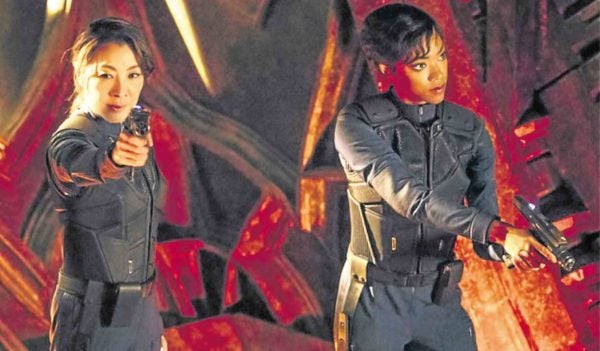 Boldly revisiting space is the new “Star Trek: Discovery” series, a prequel of sorts to the classic sci-fi show about a space-faring explorers’ quest for intergalactic harmony—a solid, spectacle-rich addition to the mythology that has fueled a profitable franchise for decades.

The strong-willed Burnham and Georgiou enjoy a mentee-mentor rapport until their latest mission for the Federation (the United Federation of Planets) tests their loyalty.

In the first two episodes of “Discovery,” the Shenzhou team investigates a destroyed satellite, befuddled by such an unexpected disruption. Burnham soon volunteers to get near a peripheral object that defies analysis. What she discovers sends her on a path that clashes with Captain Georgiou’s leadership, and brings back memories of a tragedy that seems to cloud Burnham’s usually sound judgment—but, regardless, the younger officer is ready to defy orders, believing it’s better to be safe than sorry. 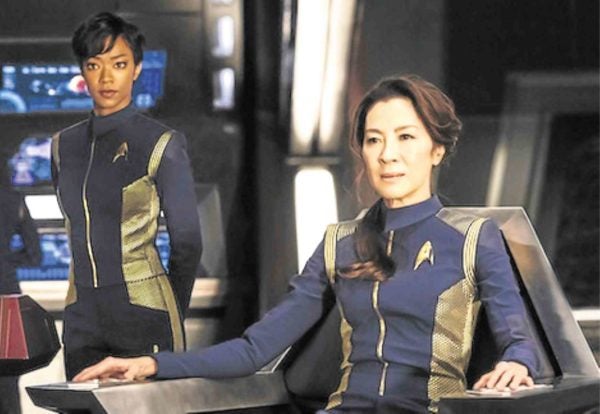 A scene from “Star Trek: Discovery”

The new Netflix series is visually arresting and has pertinent cultural dynamics that echo the “Star Trek” shows and films that came before it. The first two episodes of “Discovery” show a magnificence in design, giving glimpses of intriguing worlds and fantastic technology, apart from presenting an epic showdown that wouldn’t have been as engaging if it had been done in a less-sophisticated era in special effects.

But, what captivates this early is the performance of Martin-Green, who previously starred as the sniper Sasha in “The Walking Dead.” Burnham survived an onslaught and was raised by a Vulcan (James Frain), who teaches her the benevolent alien race’s ways. She is effectively devoid of emotion, until she joins the crew of the Shenzhou, which reminds her of her human side.

Yeoh is likewise memorable as the intrepid Captain Georgiou, a soldier-leader who manages to show off some moves that one might expect from her heyday as a significant action heroine. Georgiou also manages to enthrall with her commanding presence and sensible methods.

With female heroes at its front and center, as well as a gay couple who will eventually be introduced in the show, “Star Trek: Discovery” is reflective of the more inclusive and diversity-espousing times.

Its introductory episodes have heart-wrenching moments that are key to moving the story forward, and “luring” even previously “uninvested” viewers into the galaxy-hopping lair of the flashy new series.

Read Next
‘1st Sem’ wins in New York
EDITORS' PICK
Beyond the Chocolate Hills: A farm-to-table, heritage culinary adventure of Bohol
Metro Manila logged most number of new COVID-19 cases — OCTA Research
WHO says monkeypox is not yet a health emergency
A massive highway complex makes living in the South highly attractive
Guarding Sara: Why next VP is getting own security team
House energy committee chair Arroyo bats for cheap electricity
MOST READ
Leon Barretto steps up for sisters, asks dad Dennis Padilla: ‘Please stop resorting to public shaming’
LOOK: Rita Daniela pregnant with first child
Marjorie Barretto to speak up on Dennis Padilla, kids’ relationship ‘in time’
Guarding Sara: Why next VP is getting own security team
Don't miss out on the latest news and information.