Chris Hemsworth’s kids want to be Wonder Woman, not Thor, for Halloween 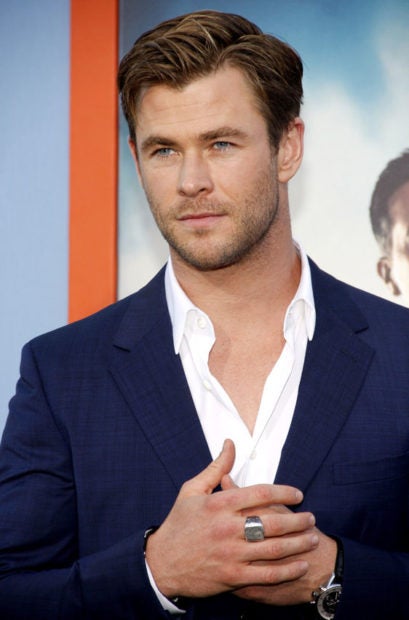 And like any doting dad, he was excited to bring his kids to work—but they weren’t.

“They were wildly unimpressed. They were like, ‘This is so boring,’” he shared in an E! interview.

Disappointed that most of his work took place on a green screen, they said, “‘We thought you fought monsters for a living and you don’t. You just pretend—and so, we’re gonna wreck stuff.’”

And for Halloween, they’re set to dress as a superhero that isn’t Thor. “They want to be Wonder Woman. It’s true. Both my sons and my daughter.” 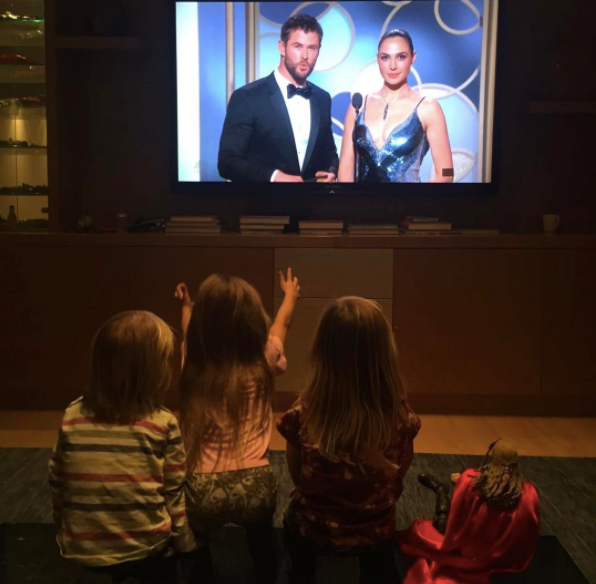 Hemsworth, 34, previously conceded that Wonder Woman could “kick Thor’s a**.”

This should be welcome news to actress Gal Gadot, whose 5-year-old daughter, Alma, would rather be a zombie than her mom’s title character.

Hemsworth has a daughter, 5, and twin sons, 3, with wife Spanish model Elsa Pataky.