Why Steven Seagal loves to shoot in PH 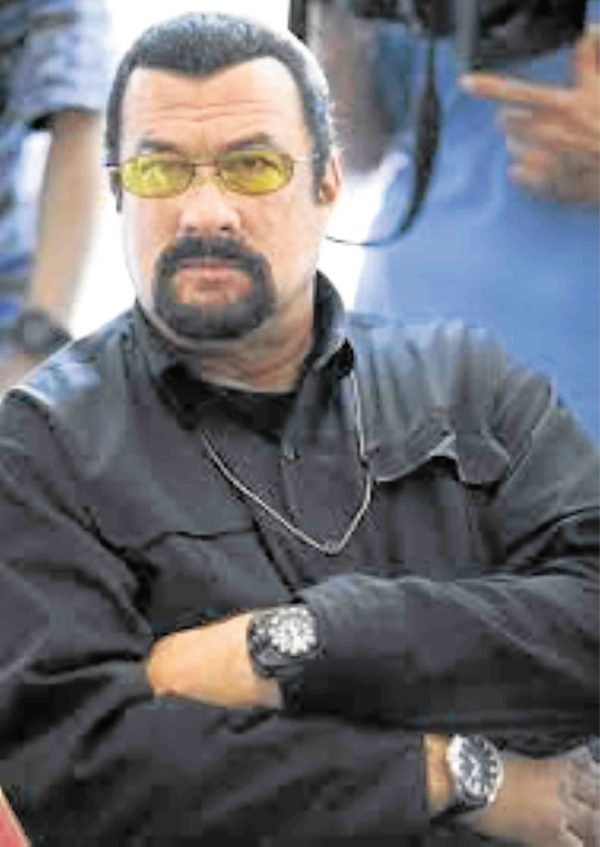 I’ve been in the Philippines probably close to a hundred times. You just didn’t know,” said American action star Steven Seagal, who’s in Manila not just to serve as judge in the Miss Earth beauty tilt, but also to do preproduction work for a television series titled “General Commander” that he plans to make here in January 2018.

Seagal said he kept coming back to the country because of “the people … Filipinos are gentle, kind, musical, fun, humble and have great sense of humor.” He added that he has spent most of his time in Manila, “but I have gone to Vigan, Boracay and all the small islands with Chavit.”

Seagal was referring to Narvacan, Ilocos Sur Councilor Luis “Chavit” Singson. The action star and Singson turned out to be longtime friends. Singson later told the Inquirer that he’d be producing an actioner for Seagal here.

Seagal explained that “General Commander” would most likely take at least nine months to make, “So you’ll be sick of me,” he quipped, adding that he’d most likely spend the holidays here.

For this trip, Seagal said he and producer Saradan Media would be busy with casting. “We’re looking for one man and one woman. In the series, there would be a team of agents, and two would be Filipinos.”

Seagal said the production team would be “at least 90 percent Filipino. You have a good work force and cheaper labor here. We’re very happy.”

As to why the Philippines was picked as location of the main base in the story, Seagal explained: “We wanted a place that’s exotic and different. We’ll shoot 80 percent of the series here … and maybe in New York, Moscow, Kyrgyzstan and two more places.”

“He is the best knife fighter on Earth,” beamed Seagal. “If you look at ‘Out for Justice’ (1991), you will see me doing some nice eskrima and kali there.”