Why Zedd and Hardwell love coming to Manila 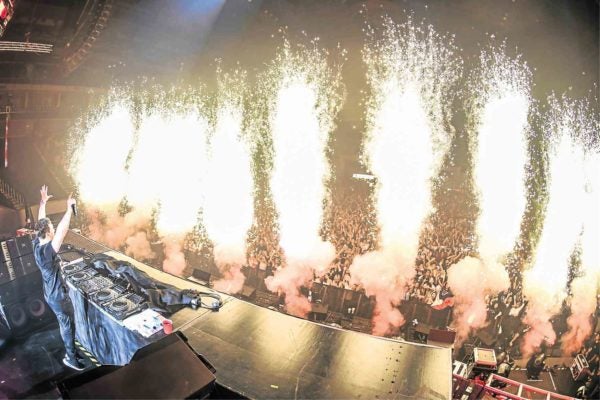 The audience makes up for the absence of featured singers. —PHOTOS BY ART OCA FOR BLACKWATER AND OVATION PRODUCTIONS

Electronic dance music (EDM) has been enjoying a steady surge in popularity the past couple of years in Asia, with major producers mounting more EDM-themed events in the region.

For instance, the Ultra Music Festival—the annual outdoor dance party based in Florida—has expanded its reach by way of its touring event concept, Road to Ultra, which now includes stops in Asian cities like Manila, Tokyo, Seoul, Hong Kong and New Delhi.

But, while the genre continues to attract new fans in Asia, the scene is still not nearly as robust as it is in the West. So, what would it take for Asia—or Manila, for that matter—to be a major destination for some of the world’s hottest DJs and record producers?

For Zedd and Hardwell, the headliners of the Manila leg of this year’s Road to Ultra, it’s all about letting DJs all over the world know that performing in Manila is worth the long trip. 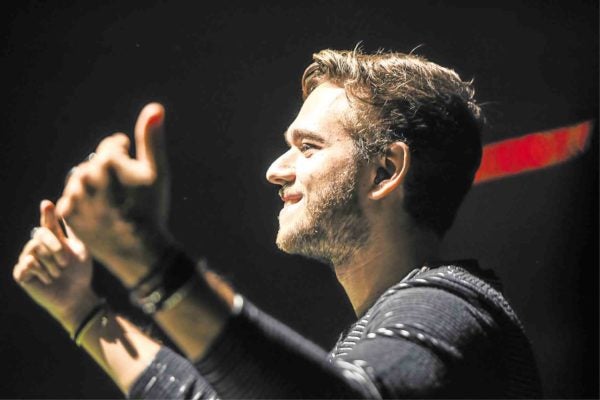 Zedd says the Philippines is one of his biggest markets.

“For those of us who have played here, this place is a big deal. A lot of friends of mine who are DJs, too, said they love coming here. They know that the crowd is incredible,” said Zedd (Anton Zaslavski, in real life), who focuses on electro-house, and is behind the hit songs “Clarity,” “Stay the Night” and “Stay.”

Hardwell (Robbert van de Corput), a former hip-hop DJ best known for the club thumper “Call Me a Spaceman,” observed that Asia’s EDM scene was “catching up quickly.” “If this continues, Asia could become one of the capitals of dance music,” he said.

Excerpts of the Inquirer’s interview—arranged by MCA Music and Ovation Productions—with Zedd and Hardwell:

You have played in Manila a couple of times in the past. How do you find the crowd?

Zedd: This is actually one of my biggest markets in the world. The Philippines has always been incredible; the fans here are super loyal. That’s why I always love coming back.

Hardwell: The Philippine audience is one of the best you can play for—definitely one of my favorites. The fans are so dedicated to the music and they know how to party. 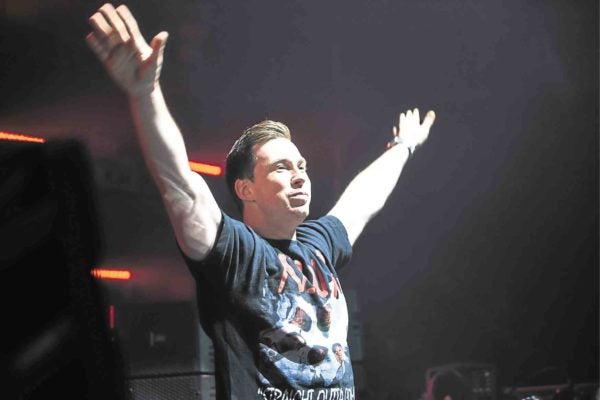 How do you make up for the fact that the featured singers in your songs can’t be with you to perform live?

Z: The audience is what makes up for the [absence of the] singer. I can mute the song, and the concertgoers take over.

H: I always like to perform with the singers I collaborate with. But, our busy schedules get in the way. Austin Mahone (who’s featured in “Creatures of the Night”) is also traveling, so it’s impossible for him to be here. But I just play the original, and make the most of it. I also give the artist a bit of a shoutout.

What makes a great dance party? What’s the No.1 buzz kill?

Z: A party is all about the flow of music and setting the mood. You don’t want your set to have a predictable pattern.

H: The crowd is the most important [part]. You can have the biggest LED screens and the best sound systems, but if there’s no dancing, there’s no party! Everything else is a bonus.

The biggest buzz kill? When the power goes out!

Are your sets meticulously curated, or do you allow for some spontaneity?

Z: It always depends on who plays before and after me. The bulk of my set is my music—all the songs I have created and remixed over the years. And when I go to a country where this or that particular song is popular, I will make an edit of that one.

H: The only thing I know I will play is the intro—the rest of the set is improvised. Our job is not to mix properly, but to read the crowd; to give them the best night they could have—by playing the right track at the right time.

Read Next
Jason Mraz makes his Broadway debut in ‘Waitress’
EDITORS' PICK
‘Justice will be done,’ Duterte assures as he vowed probe on Jolo incident to bare ‘truth’
Water remains our saving grace right now
DOLE: Return of OFWs’ remains from Saudi to be ‘delayed,’ deadline moved to ‘early next week’
Smart releases Hyun Bin’s second TVC
Current dominant strain of COVID-19 more infectious than original—study
EuroMillions Superdraw: A lottery draw unlike any other is coming to the Philippines
MOST READ
Duterte tells military: No other president looked at you the way I did
BREAKING: Duterte signs anti-terror bill into law
Locsin warns of ‘severest response’ if China’s army drills in SCS ‘spill over’ to PH domain
Groom dies as over 100 wedding guests test positive for coronavirus
Don't miss out on the latest news and information.