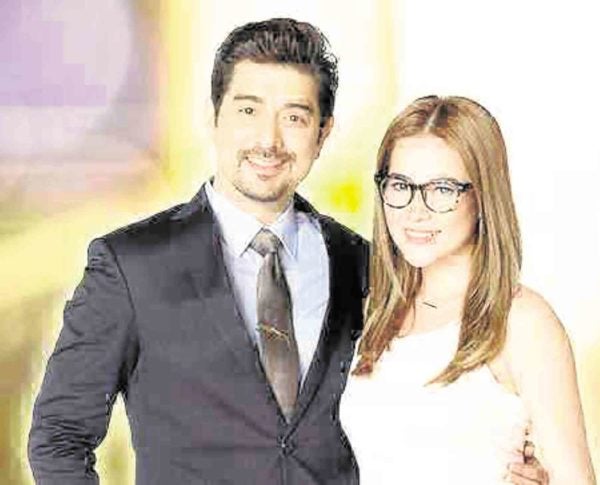 Last Friday, Sept. 22, “A Love to Last” finally folded up its storytelling tent, eight long and “extended” months after it began telling its “more adult” tale about second chances at wedded bliss.

It’s been quite a roller-coaster ride for the popular teleserye, which started with a big, bright bang, but ended up losing ground and dramatic points after its resident couple, played by Bea Alonzo and Ian Veneracion, finally got hitched.

The “culprit” was the show’s decision to drum up “extended” heat and conflict by bringing back Ian’s “annulled” first spouse, portrayed by Iza Calzado, who “suddenly” realized that she still yearned for him, after all—thus making just-married life bitterly unromantic for poor Bea.

We objected to this downbeat turn of events, because it looked and felt like rehashed fare—and cynically didn’t give viewers what they were looking forward to savoring—Bea and Ian’s happiness as newlyweds!

Instead of blushing, however, the bride was hurting from the returning first wife’s arch tirades and most unwelcome interference—not the perfect picture of wedded bliss for the “second chances” set.

No thanks to the once-dashing and take-charge Ian, who suddenly became a wishy-washy wimp who tolerated his ex-wife’s snidely scurrilous conduct, instead of manfully defending Bea and reading Iza the riot act!

Why was he behaving so wishy-washily? Because Iza “deserved” some respect, since she was still the mother of his children. No, really? But what about his new bride, why did she have to put up with his ex-wife’s bipolar behavior, while he telegenically brooded and silently seethed between them?

No wonder, Bea up and left him, for good and bad, on the series’ last week, making some viewers fret that the show could have an unhappy ending!

But, we felt certain it wouldn’t happen, because TV rom-coms don’t shoot themselves in the foot by the final fade.

True enough, on the series’ penultimate telecast, Iza tried to commit suicide but failed, and thus had to go abroad again to recover—but not before finally “realizing the error of her ways” (as usual), and meekly begging for Bea and Ian’s forgiveness (ho-hum).

But, what about Bea? She was hurt to the core because Ian didn’t defend her, so she gave up on their love—and left him high and dry (served him right)!

Since a Happy Ending was “traditionally” required, what further somersaults of scripting would the show have to perform on its final telecast, to still end up on the side of the love-addled angels?

Alas, Bea’s love-saving change of heart was awkwardly and phlegmatically pulled off by having her “suddenly realizing” that she still loved Ian after all, despite his dastardly lack of fealty.

So, she up and rushed to the airport, where Ian and his kids were about to sadly fly off to Hong Kong (in their private plane, of course)—and, all’s well that ended slap-happily well!

But, we bemoan the series’ eventual loss of momentum and focus, due to its injudicious downbeat complications, which eroded the gains initially registered by Bea and Ian, and the show’s initially inspired and insightful storytelling.

What a self-defeating exercise in cynical and uninspiring scripting that turned out to be.