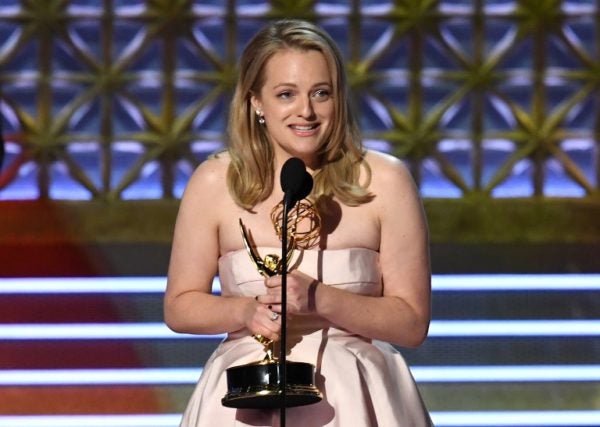 Elisabeth Moss on Sunday won the Emmy for best leading actress in a drama series for her central role in the dystopian “The Handmaid’s Tale.”

The 35-year-old won her first Emmy for playing Offred in “The Handmaid’s Tale,” the dark story of a misogynistic dictatorship that takes shape in New England in response to a fertility crisis.

The series, carried by the on-demand service Hulu, also won the Emmy for best drama series.

Moss, who became known for her very different roles in “The West Wing” and “Mad Men,” in her acceptance speech thanked Canadian novelist Margaret Atwood who wrote the book “The Handmaid’s Tale” on which the series is based.