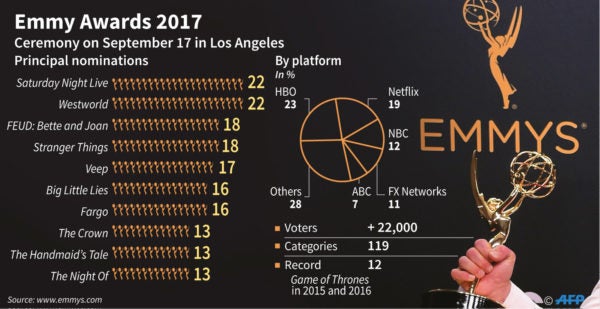 Los Angeles, United States — Hollywood’s elite gathered Sunday as television’s glittering Emmys got underway, with critics seeing this year’s race as the most suspenseful in a decade.

HBO’s “Game of Thrones” has a record 38 awards, but is ineligible for the 69th Primetime Emmys, having started its seventh season too late.

“Not since ‘Mad Men’ began its four-peat winning streak in 2008 has there been such a wide open field for the night’s most prestigious trophy: best drama series,” said weekly trade paper Variety.