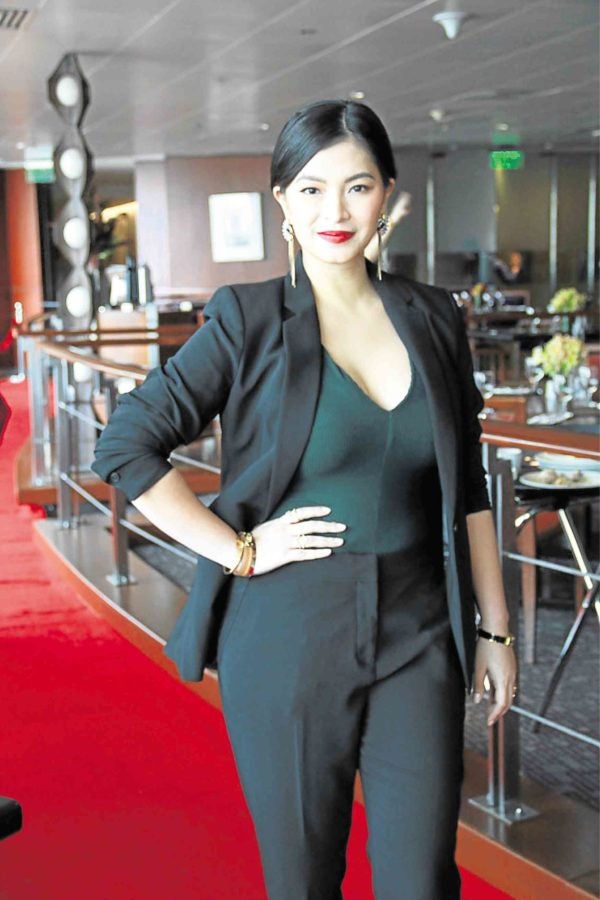 Former onscreen partners Angel Locsin and Richard Gutierrez are back together, this time in the primetime ABS-CBN fantasy-adventure series, “La Luna Sangre.”

Angel was reintroduced in the series as the alpha woman, Jacintha Magsaysay, on Sept. 6.

The actress first appeared in the show’s pilot episode as Lia, mother of Malia (played by Kathryn Bernardo), who would later die.

Angel said she was thrilled that she would be working closely with Richard again. They used to be a love team on GMA 7 before Angel transferred to ABS-CBN in 2007.

“As to the dynamics of working with Chard again after 10 years, nothing much has changed. But, I’ve noticed that he has matured a lot as an actor,” the actress shared with reporters at Thursday’s media gathering organized for her by the show’s producers. “I have not had any TV projects for a while, so I was nervous on my first taping day. The fact that I was with Chard helped calm me down.”

In “La Luna,” Angel returns as Jacintha, a political strategist hired by Richard’s character Sandrino to help him in his bid for the presidential seat.

“I’m curious as to where Jacintha’s character will be heading to. There are many possibilities,” said Angel. “They told me that there would be fight scenes and that I should be ready. I also got surprised when the creative team explained the plot to me.”

In comparing her two characters, Angel said that Lia “was a simple girl, but had a lot of supernatural powers (being a werewolf),” while Jacintha “is a woman enveloped in mystery. She is rich and sophisticated. She speaks her mind and treats anyone as her equal.”

Angel said she was aware that die-hard supporters of the programs’ lead stars, Kathryn and Daniel Padilla, had expressed displeasure with the production team’s decision to add new characters, claiming that the audience’s attention should only be focused on the KathNiel love team’s characters, Malia and Tristan.

“Yes, I’ve read some of them. I’m thankful a lot are excited about the new story twist. I want to tell them not to worry. This really is a KathNiel show,” Angel pointed out. “All subplots added to the main story are supposed to help improve it.

“There should be no competition here,” the actress insisted. “This will not only benefit me, but also KathNiel.”

Angel said she had sent a text message to Kathryn to inform the young actress of her comeback. She added that Kathryn “seemed pleased with the news because she responded with a lot of emoticons and exclamation points. I did that as a gesture of respect for the love team.”

On her love life, the 32-year-old actress refused to acknowledge businessman and film producer Neil Arce as her boyfriend, despite admitting that they have been “exclusively dating” for quite some time now.