entertainment / Movies
Movies
Did You Know? 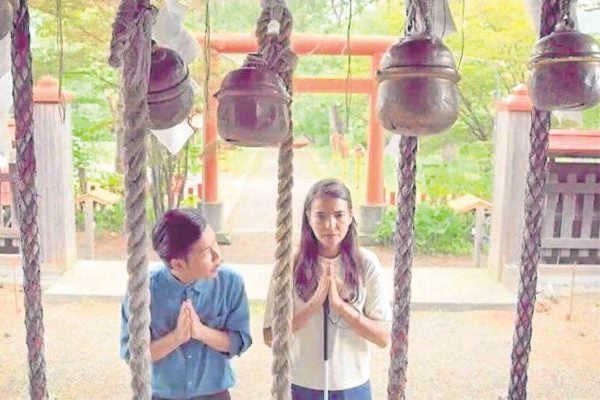 Sigrid Andrea Bernardo’s “Kita Kita” (I See You) was shown at the 22nd Aichi Women’s Festival in Nagoya, Japan, ongoing until tomorrow. The Aichi event is the Filipino movie’s second time to be screened in a Japanese fest, after its debut at the Osaka Asian Film Festival last March.

“Kita Kita” was screened on Sept. 7 at the Will Hall. Filmed in Sapporo, Hokkaido, Japan, the romantic comedy topbills Alessandra de Rossi and Empoy Marquez as an unlikely couple; she is blind, while he is a persistent suitor.

According to the Aichi fest’s website, this sleeper hit “is about perception and how sometimes we can’t see the real story behind a person.” Bernardo said that she would attend the festival and participate in a Q&A session with the audience after the screening.

Bernardo told the Inquirer that it “is an honor to be part of a festival that celebrates women.”

It is her second time in Aichi. Last year, she was invited for her debut feature, the CineFilipino winner, “Ang Huling Cha-Cha ni Anita.” “At the time, we had just finished the shoot of ‘Kita Kita.’ So, from Hokkaido, I went straight to Nagoya.”

She pointed out: “I always have a great time in Japan. It’s a source of pride and joy to meet different women filmmakers from all over the world. We are glad that these few women’s film festivals exist.”

The Aichi fest aims “to support the advancement of women in society.” It seeks to showcase “works of women directors … as well as hold discussions and seminars that will provide opportunities for participants to share their opinions.” —BAYANI SAN DIEGO JR.