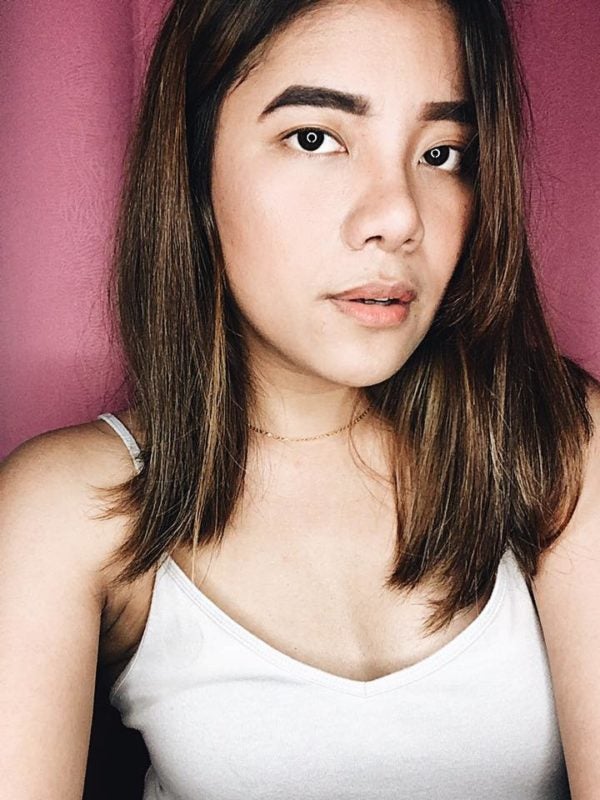 In my opinion, I have always found that there is also beauty in simplicity especially when it comes to music. That holds especially true in the case of Keiko Sarmiento Necesario who is fast becoming one of the premier young singer-songwriters in the country.

There is something about her that gravitates you to watch her and listen to her original compositions and occasional tastefully done covers of classics and modern hits.

It is remarkable how Keiko has been able to accomplish a lot in a relatively short amount of time… while continuing to make a name for herself with just two things… her voice and guitar. It can’t get any simpler than that.

Now, while others are still figuring out what is the magic “It” that Keiko Sarmiento Necesario possesses? I knew the answer to that puzzling question all along when I got to discover her music on my own a while back which led me to write about her and interview her via my column “MusicMatters” around two years ago and I happen to be the very first one coming from a major media outlet to have featured her here on Inquirer.net.

After my said solo piece on her, she continues to be featured in other major media outlets proving that she is no fluke or “flash in the pan” kind of artist. Many other writers have followed suit in putting the “Spotlight On” Keiko Sarmiento Necesario and I could not be happier for her.

Keiko Sarmiento Necesario is a legitimate music talent. She is the real deal; every other music critic, music aficionado, music intellectual, musician will readily agree or concede to that after they get to watch and listen to her perform on stage.

Without further ado here is my in-depth interview with one of OPM’s brightest and shining stars… Keiko Sarmiento Necesario. 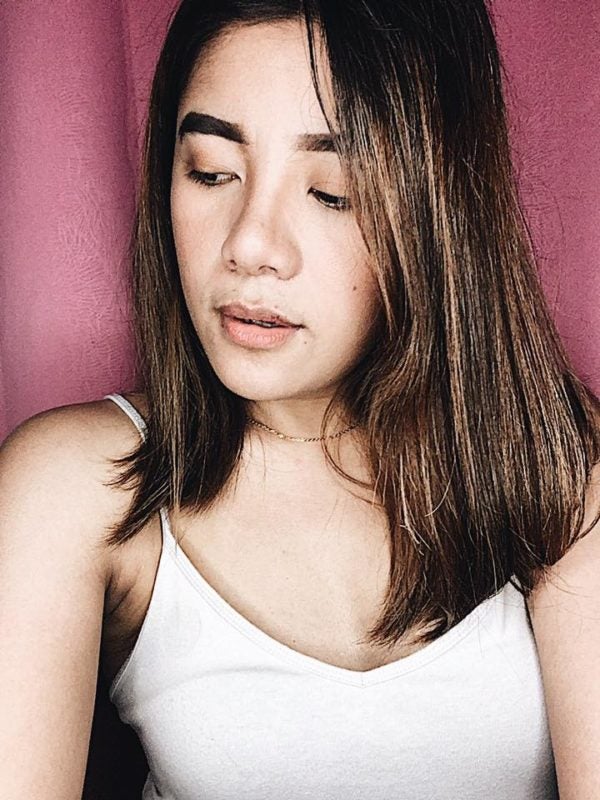 1) What was the shortest time it took for you to compose a song? What is the name of this song and do you perform it regularly on your sets?

Keiko: When I was younger, I was definitely faster when it comes to song-writing… (HAHA) I think the shortest amount of time I had to spend in finishing a song was 10 minutes and it was a song called “Sabihin Mo”.

A song about having a crush on someone who doesn’t exactly feel the same way. This was back in high school. I remember being in my room one afternoon and I was just so freshly inspired to write a song and I was able to write it so fast.

2) You are one of the most prolific and lyrically intelligent young singer-songwriters in the country. What can you say was one of your earliest musical influences that has significantly shaped and honed your songwriting skills?

Keiko: I’d say Avril Lavigne. Her music/genre is really far from my sound now but she was definitely someone I looked up to back in my earlier song writing days and I still listen to her now. She’s undeniably an amazing song-writer, so yup. Then there’s John Mayer whose songwriting is just plain genius, no need for me to say more.

3) You have had the good fortune of being able to perform, work with, and be featured in some songs by several prominent artists coming from diverse musical genres. What can you say is that unique/different quality you have that distinguishes you from other young and upcoming artists which makes more and more popular local artists want to work with you?

Keiko: You know that’s like the hardest question for me to answer because we all know that in some ways, a lot of us musicians are the same in terms of being passionate and being talented. But I guess, some of the artists that I’ve collaborated with and some of them who would want to collaborate with me in the future see that I work really hard on my craft. I don’t put out songs that I don’t believe in and I’m eager to perform with my heart.

4) Of all the songs you have composed and performed, which gets the most immediate and big response from the crowd in live gigs and events you do?

Keiko: My second single from my first album is definitely the crowd’s favorite. People sing the words back to me and it’s amazing.

5) It would not feel right for me to not acknowledge that you are one of the classiest and prettiest young artists around today, period. That being said, have you received gifts from an admirer in any of your gigs whether before, during, or after your performance? What was the most awesome gift you have received without revealing the identity of the person who gave it to you?

Keiko: Hmmm…. Someone gave me flowers a few months ago after a concert I did in Maybank Theatre and it’s my favorite gift because it wasn’t just flowers, I got a pot of flowers. Yeap, there was a pot. HAHAHA and I love it.

6) Which emotion do you draw from the most when it comes to the tone and general feeling of the songs you have been composing? Happiness, love, sadness, loneliness, fear, joy, and hope?

Keiko: The thing about me as a song writer is that I’m always such a positive human being so every time I’d write, the songs I write would come out sad but still hopeful. I get inspired by the hardships I go through but I don’t let my creativity get tainted by them so the songs I make are triggered by love and hope whether it’s coming from a sad place or not.

7) If you could compare yourself to any foreign artist from the past, living or dead, still active or not, which foreign artist is that who you see and feel you share a lot in common with in terms of how you both perform and sing?

Keiko: I’m Joni Mitchell; I just love her song-writing skills and even up to now, she’s still got it. I love what she did on her old songs a few years back when she re-recoded everything and re-arranged it to how she wants the songs to sound now. I’m obsessed with her recent version of “Both Sides Now”.

8) Have you ever smashed any of your guitars out of frustration or had a “freak-out” moment that just happened? If you have not yet, have you ever imagined doing it, though, in the most “rock star” way?

Keiko: I’ve never done that but yes, I would love to experience the smashing of a guitar thing but not my guitar, maybe I can buy like a cheap one and try it out, I don’t know. HAHAHA 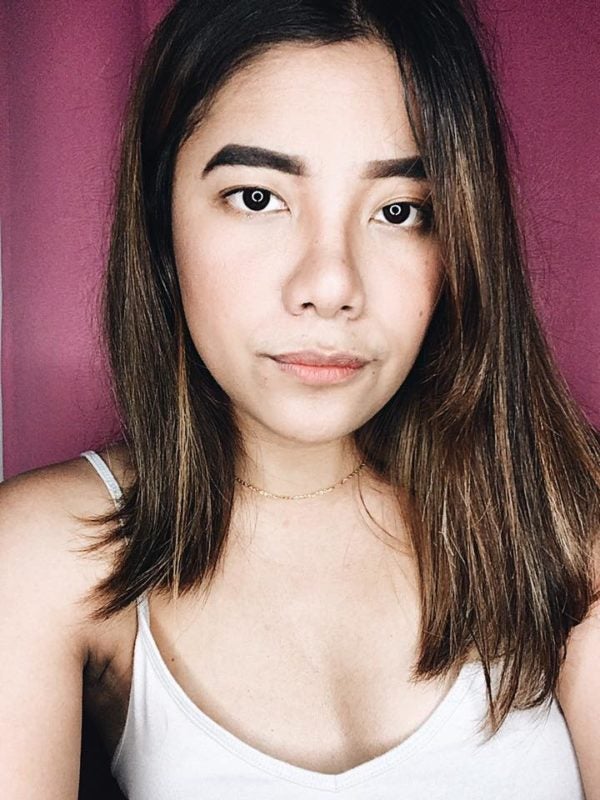 9) You have been active in the gig circuit in the metro for a number of years already. Does the schedule of working at night and in the wee hours affected in any way your health? Or have you totally got used to it?

Keiko: Most of the musicians I know, including myself, have apparently developed GERD (Acid reflux) because of so many unhealthy ways that come along with staying up late. I don’t drink or smoke but the most unhealthy thing for me is how my body clock works. Sometimes, I’d be up till 9 AM in the morning and not feel sleepy at all. So that triggers the acid, when you’re stressed or sleep deprived, and when you don’t eat properly on time.

10) When people mention or hear your name, what would you hope would be the words they would associate to your name?

I mean, it’s already given that people would associate me with music because it’s what I do but I want them to really remember me for who I am as a human being and hopefully, I’ve been kind and inspiring to these people.

11) Besides playing the guitar, what other musical instruments are you good at or are getting good at? Would you ever consider playing more than one instrument in any of your sets?

Keiko: I just recently bought myself a piano and I’ve been learning but haven’t quite gotten around to really sit down and practice it but piano definitely is going to be the next instrument I’d try to get better at. Maybe pretty soon, I’ll be playing shows with a piano.

12) How has your social life changed now due to your thriving music career?

Keiko: Let me make it simple: My social life is my music career and I love it.

13) What is your favorite song to cover, as of late?

14) What is the heaviest rock song have you covered or performed?

Keiko: Back in high school, I used to perform Avril Lavigne, Alice in Chains, Foo Fighters, Metallica, and Incubus songs. You guys have no idea how much I love rock music.

15) What is your newest song that your fans and followers should watch out for and expect to hear in your gigs and events?

Keiko: My new EP has just came out, it’s about to be released online as well so they should watch out for that because it’s a new sound and I’m really proud of it.

16) Any upcoming gigs and events you wish to promote?

Keiko: For my shows, you guys can all just follow me on Twitter and Instagram, (@keikosoundslike) if you haven’t and I always update my gigs and whereabouts there.

My first album is still out on Spotify, iTunes, Deezer, Amazon and you can purchase my songs there. my new EP ‘Escape’ is out and I have CD’s so y’all can go to my shows and buy them.