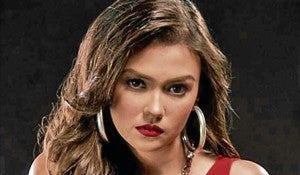 Airport people told me that Angelica Panganiban went ballistic when customs taxed her for the two Hermès bags she hand-carried (stashed in Hermès paper bags to match). She wanted to pay using her credit card because she did not have enough cash with her. But of course, no government agency has a swiping machine.

After much ado, Pooh, who arrived with her from their show abroad, ended up paying for the tax. My source said Angelica should be thankful that the customs duty collector was kind enough to put up with her outburst. She could have been arrested for disrespecting a public official. The customs people were just doing their job.

Perhaps Angelica was just so exhausted from the trip. Or maybe she was reprimanded in an abrasive manner that’s why she flared up. Angelica has always been feisty and palaban but she knows how to apologize when necessary. She has acquired “class” through all the trials she has surpassed. No need for Hermès bags to prove that.

Dina Bonnevie lashed out at Alex Gonzaga on the set of TV5’s “P.S. I Love You.” According to a makeup artist who witnessed the clash, Ms D arrived at 7 a.m. since that was her call time. But Alex came at 4 p.m. because she had a prior commitment. You can’t blame Dina for fuming. It’s no joke to wait for hours on the set. 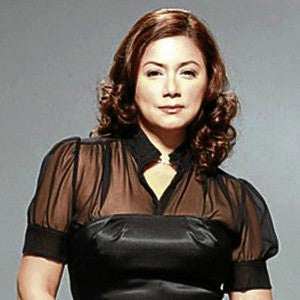 But neither can you blame Alex because her call time was set later than Dina’s. Alex was in tears so she called up her mom to vent her anger. Mommy Pinty wanted to pull out Alex off the show but that’s not possible since she’s the lead star.

To avoid such incidents, the production staff should coordinate with all the stars involved regarding their respective call time. Also, celebrities should not spread themselves too thin by accepting every offer that comes their way. This only leads to time management problems. Time is too precious. Spend it well. Time out or time’s up?

DJ Mo is picking up the pieces in New York. According to our “kapatid,” Noel Ferrer (who interviewed Mo via phone patch in 103.5 Wow FM’s “Showbiz Rampa”), Mo has moved on and will soon be back on air in Magic 89.9 early next year. He will be broadcasting straight from NYC. 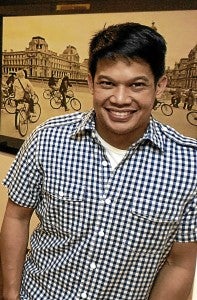 Mo will monitor the scene of Pinoy celebrities in the Big Apple. Ruffa Gutierrez, Vicki Belo, Hayden Kho, Bea Alonzo and Zanjoe Marudo are slated to spend New Year’s Eve there. Mo is looking forward to spending time with them, especially with Ruffa, Hayden and Vicki who are so close to him.

As he bids 2011 goodbye, Mo is putting the Rhian Ramos chapter behind him. But he says he’s hoping Rhian tells the truth so the slate will be wiped clean. Only then can they both have a fresh start in their separate lives.

PERSONAL:  Madamo gid na salamat to the wonderful Ortiz clan, especially to Mark of San Antonio Resort Capiz and to Patrick Honrado for such a swell time in the Seafood Capital.