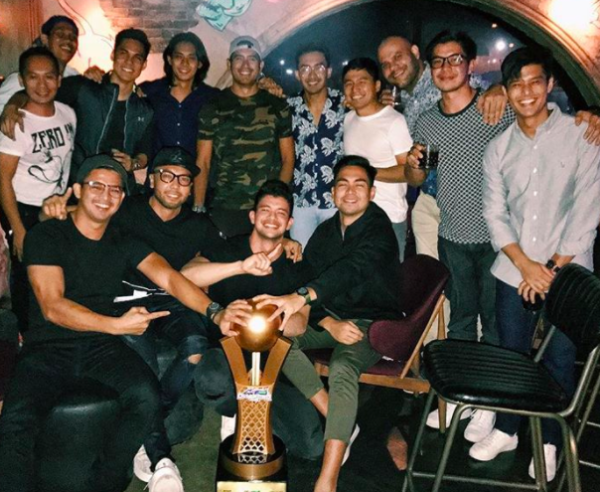 The champion team of Kapamilya hunk Gerald Anderson, also known as the Blue team, has been spotted celebrating their victory from the recently concluded Star Magic All-Star Games held at the Araneta Coliseum.

In a recent Instagram post, actor-dancer Rayver Cruz uploaded a photo of their celebration, which he captioned, “Champssss!!!”

They fought against the Red team led by Kapamilya heartthrob Daniel Padilla.

Anderson’s team finished the game by a 93-90 win, with him scoring 42 points, making him the game’s Most Valuable Player.

The game had quite a stir when De Vera and Padilla had a scuffle which was immediately ironed out. De Vera also issued a public apology to Padilla via Twitter. JB