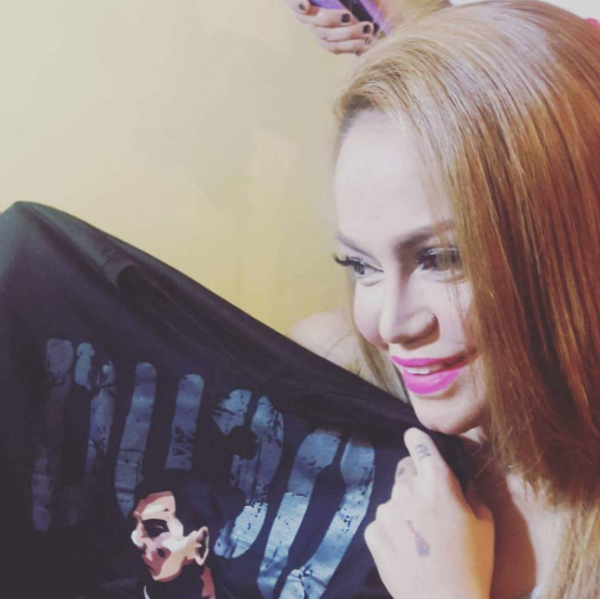 Comedian Ethel Booba may often be portraying shortsighted roles on television, but undeniably, she has proven how witty she can be with her highly-praised tweets that have mostly gone viral.

This time, she tackles the government’s war on drugs. She caught attention again for her Twitter posts on the subject.

In what seemed to be a reply to the poser account of Kapuso actress Marian Rivera, which blamed the president for killings involving alleged police abuses, Booba played along and gave her thoughts on the issue. 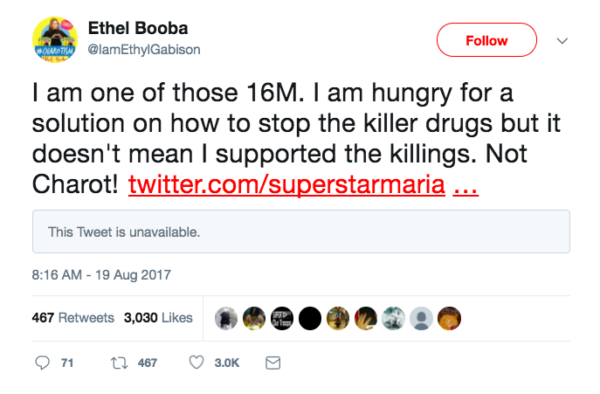 A netizen then directly told off Booba that she and the rest of those who supported the president should not come clean, as voting for him meant supporting his promises and plans.

In response, the comedian clarified her message: “Di ako naghuhugas kamay (I am not washing my hands clean.). Since I am against killer drugs I believed before that he will stop first the drug lords. At sana mangyari (And hopefully, it happens.). Charot!” 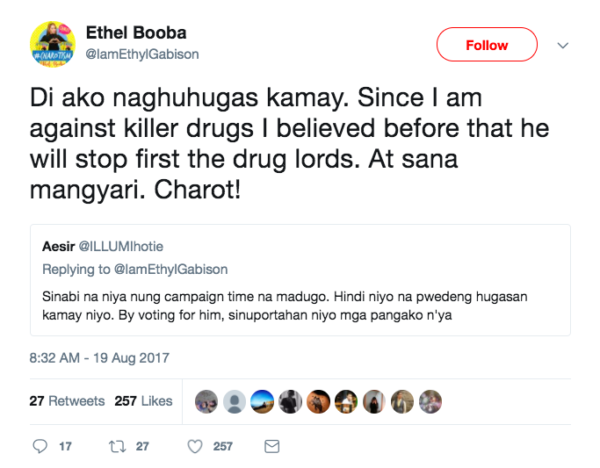 (Perhaps we should start taking seriously the drug-planting modus operandi that some of our policemen have been doing, because as they said, “Planting is not a joke.”) 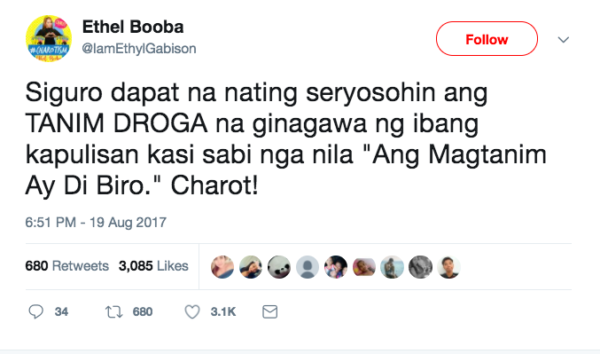 Going more technical into her stand, she even cited a provision in the Bill of Rights: “According to Article 3 Section 1: No person shall be deprived of life without due process of law. Charot!”

Quoted in full, Article 3 Section 1 of the Bill of Rights states, “No person shall be deprived of life, liberty, or property without due process of law, nor shall any person be denied the equal protection of the laws.”

In a response to Booba, a netizen questioned her about the rights of the police to protect themselves when their lives may be in danger.

Booba agreed with the netizen, but clarified a point: “Pero sana (But hopefully,) killing is the last resort.” In addition, she wrote: “They can shoot the suspect sa non-fatal part of their body.”

The most recent controversial killing connected with the government’s drug war is that of 17-year-old Kian Loyd Delos Santos. 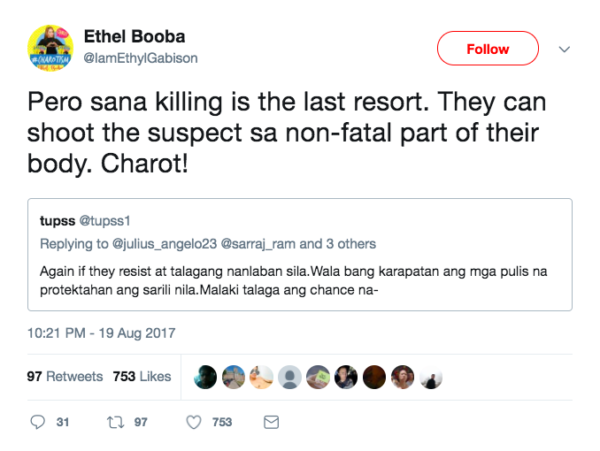 “Fact is intelligence and rumor is just a theory. As long as na walang (there is no) solid evidence they are ALLEGED drug addicts or suspect,” Booba wrote. 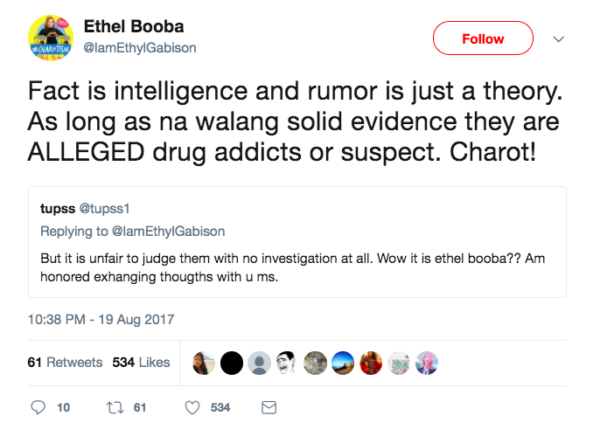 Booba also expressed her support to suggestions that policemen be made to wear body cameras when conducting their arrests and operations. 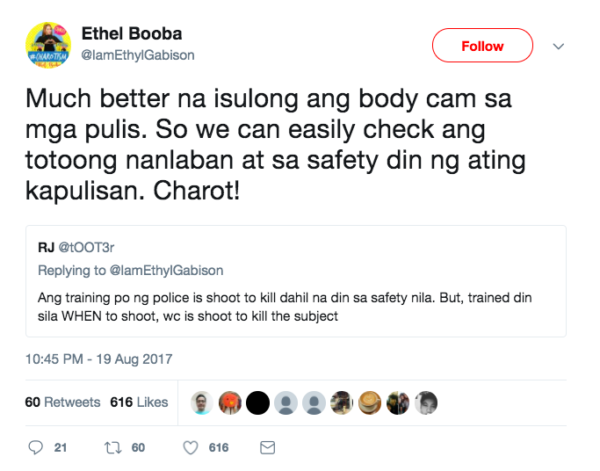 (Turns out it’s Monday today. Those who are fighting in my notifications, I’ll leave you for now. It’s Game Of Thrones Day today. That’s where I’m focused.) 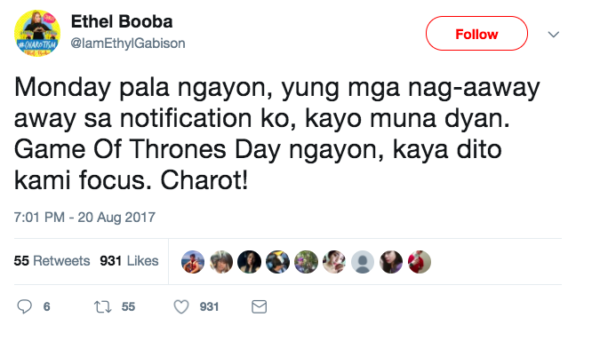 In the midst of heated arguments on national issues, Booba usually gives audiences a breather by pulling off funny but on-point posts.

Because of the mass appeal of her tweets, she has launched a book entitled “#Charotism: The wit and wisdom of Ethel Booba” containing a summary of her most popular tweets. JB