What Finn Jones has learned from ‘The Defenders,’ ‘Game of Thrones’ | Inquirer Entertainment
Close
menu
search

What Finn Jones has learned from ‘The Defenders,’ ‘Game of Thrones’ 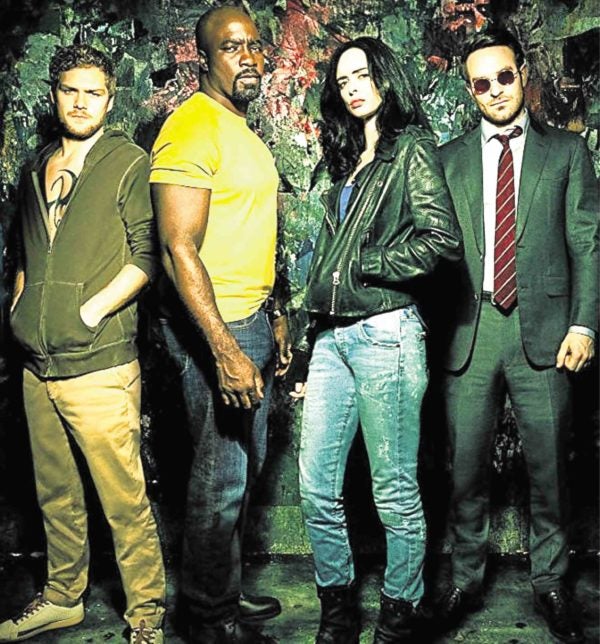 NEW YORK—“I have had a lot of practice dealing with the pressures of being in a high-profile show,” Finn Jones told us when we visited the set of “Marvel’s The Defenders” in New York early this year.

Jones knows whereof he speaks. After all, before his stint with the newest superhero group in the Marvel Cinematic Universe, he had learned valuable lessons on proving naysayers wrong, taking brickbats with a grain of salt, and exceeding expectations when he was cast as Loras Tyrell in HBO’s “Game of Thrones” and Danny Rand in Netflix’s “Iron Fist.”

“I didn’t have enough time to feel the pressure because I had to dive into ‘The Defenders’ immediately after wrapping up the first season of ‘Iron Fist.’ So, I just read the script and brought the character to life as best as I could,” he said. “Look, I was in ‘Game of Thrones’ for six years. Working on a show that has had a lot of hype surrounding it, I’ve learned that it’s separate from my work as an actor. It’s great to have a huge fan base, but you need to ignore that when you’re working. I don’t get lost in all the bullsh*t.”

The change of pace allows Jones to see how Danny evolves as he embarks on a new journey. “As you can see, I look different in ‘The Defenders’ compared to how I was in ‘Iron Fist.’ So, Danny gets to grow up as he pursues his purpose throughout ‘The Defenders,’” he added.

Iron Fist is the last character introduced in the quartet’s shared story, but he’s no pushover, said Jones: “He may be the youngest of the group, but Danny’s participation is key to the narrative of ‘The Defenders.’

“He brings naïveté, recklessness and optimism to the group, which the others admire and despise in equal measure.

“They aren’t used to dealing with Iron Fist’s mystical persona. They’re quick to brush it off, but they soon realize its importance as they deal with the grave threat they’re facing.” 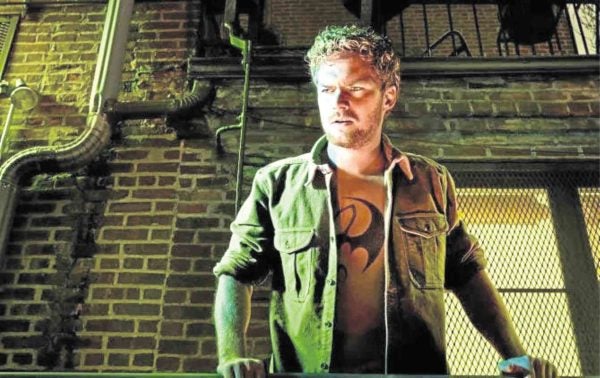 Our chat with Jones:

Talk about Iron Fist’s “bromance” with Luke Cage, and how that comes into play with the other members of The Defenders. Do you get along with one another? Everything went very well. Obviously, when you have relationships that are so iconic, you worry that you might oversell them. It might look like you’re trying too hard to create chemistry. With Mike and me, the chemistry feels effortless and natural. To be honest, my scenes with him are my favorite.

Our characters complement each other, but we don’t become buddies straightaway.

There’s friction between us, as there would be between people of diverse backgrounds. But, within those differences, we’re able to see eye-to-eye on a few things. What draws Danny to Luke and vice versa is the fact that they see each other’s vulnerable side.

The Defenders are brought together by a threat that necessitates Matt, Luke, Danny and Jessica to join forces.

It’s not a Power Rangers kind of collaboration, where we go, “Hey, let’s fight crime and kick ass!” But, it’s also in their differences where the alliances of the four street-level superheroes start to emerge.

I must say that I’d love to take part in a “Heroes for Hire” series, where Iron Fist and Luke Cage get to collaborate with the Daughters of the Dragon, who should include Colleen Wing (Jessica Henwick), Misty Knight (Simone Missick) and even Claire Temple (Rosario Dawson). It’ll be fascinating to see the five of us as a team. 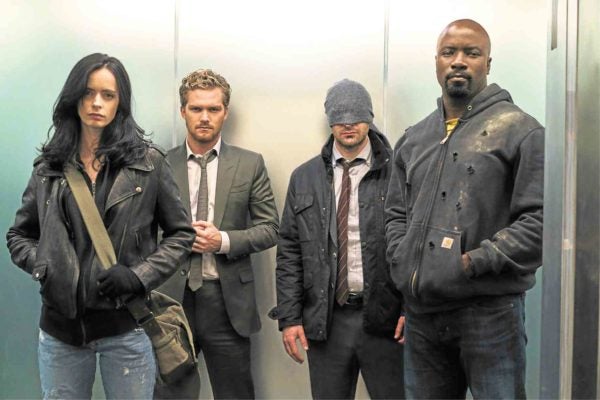 What kind of training did you go through for your role? I had to learn a different kind of fight choreography almost every week since March of last year. That’s a lot of f**king fights (laughs)! Before I did the show, I had a month and half to learn different forms of martial arts, which take a lifetime for most people to learn.

It was like learning dance choreography—I’d study the steps, learn to make them look right, then on the day of the shoot, I’d carry out the steps, act through them and improve on the job.

Recently, I had to learn a very long and complicated fight scene. When I first did “Iron Fist,” that routine would have taken me a week to learn.

But last week, I learned it under an hour! So, you improve with constant practice. It’s a lot to undergo, apart from enduring 15-hour shoots.

Which styles of martial arts did you focus on? We touched a lot on wushu, kung fu and taichi, because that’s the way Danny harnesses his mystical power.

Incorporated into those were a fusion of styles—monkey, tiger, crane and drunken styles …

Hasn’t there been a competition among the four shows? There was none. And there was no bloated ego on the set. We’re team players who want only the best for each other. We support each other’s shows.

Did you read the comic books before you got the role? This question takes me back to “Game of Thrones.”

Before I started filming my scenes as Loras Tyrell, I read all the books. But, when filming began, I realized it wasn’t all that helpful to rely on the source material.

What you’re dealing with is essentially an adaptation, so you have to focus on the world as imagined by the script.

I’ve read “The Immortal Iron Fist” and “The Living Weapon” series, and I’ve skimmed through a lot of the ’70s comics to get an idea of the tone of that world. Danny changes in a lot in those incarnations. For me, knowing that is liberating, because I don’t want to emulate something that’s already been done. The show has to stand on its own.

What I love so much about Danny Rand are the massive contradictions within the character. He isn’t perfect, so there’s room for him to progress.

For any actor, it’s a thrill to play a character who’s relatable and real. It’s exciting to imagine what and where he’ll be in three years’ time!