Academy bats for films based on Filipino literature 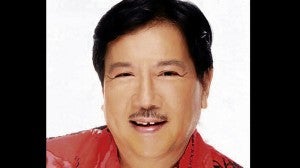 The FAP is one of the annual film fest’s beneficiaries.

“The MMFF committee has already approved this, but we are still looking for funding,” Martinez told Inquirer Entertainment, adding that the National Center for Culture and the Arts (NCCA) has agreed to hand out film grants, but he’s still awaiting response from the Quezon City Film Development Council.

Martinez said he commissioned a research five years ago on the kind of literature that students from elementary to college are assigned to read. “I showed the list of novels, poetry and short stories to (National Artist for Literature) Bien Lumbera and eight other teachers of literature and asked them to come up with a shortlist,” Martinez said. “I have the titles with me now.”

Martinez said students would soon be asked to submit screenplays on any of the titles on the short list. The chosen entries would be given film grants.

“We want to build an audience for indie films,” Martinez said. “I noticed that most of the films winning abroad are those that show the souls of their countries. Where else will we get the soul of our country but from our literature? This will not only make students understand literature, this will also help them appreciate it.”

The FAP is also hoping to launch what it calls “Doon Po sa Amin: A Pride Campaign” in 2012.

The plan, Martinez said, was to ask students to submit essays or screenplays on what they are most proud of in their cities or provinces.

“There are 80 provinces plus 40 big cities – we could make 120 documentaries or films on what we are proud of,” Martinez said. “Sabi ko nga, kaya nagbabangayan wala tayong project for the positive.”

Martinez said he had initial discussions with former Tourism Secretary Alberto Lim about the project and was now convincing the Sangguniang Kabataan (SK) to support it.

He explained that the SK was more than capable of financing the project through its sports and cultural fund. “Sadly, this is usually spent on building basketball courts. I said, why don’t we use it for culture?” said Martinez, who is also a Unesco commissioner on culture.