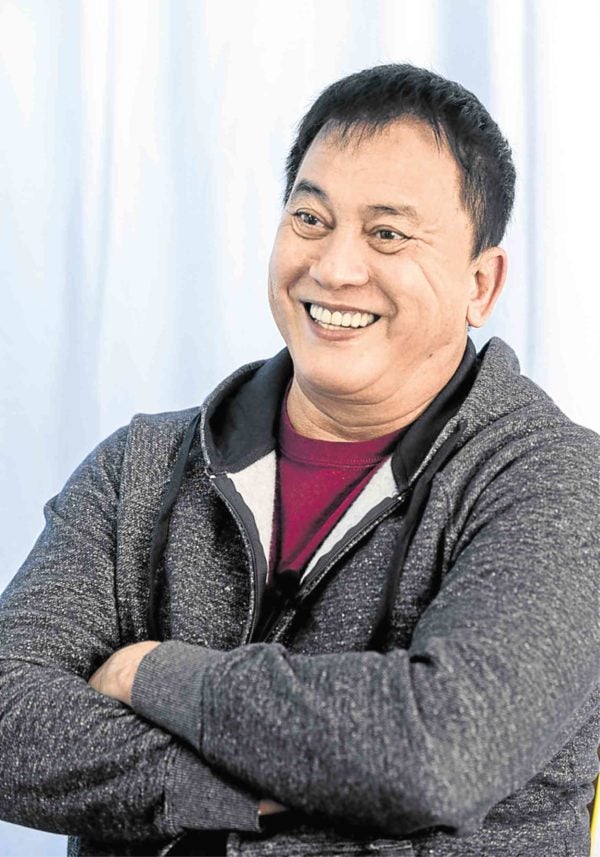 Actor Phillip Salvador recalled that he had played the role of smuggler in real life—for the love of his mentor, filmmaker Lino Brocka.

Because of his harsh critique of the martial law regime, the late national artist’s movies were often not given permission to be shown abroad. Every time his films were invited to Cannes, his actors, including Salvador and costar Gina Alajar, had to hide reels of film in their luggage.

Salvador recounted, “We couldn’t put more than one reel in our baggage because it would be too heavy, and we would’ve been busted by the authorities. The government didn’t want the truth to come out.”

It was “a dangerous life” for artists then. “Now, you can save an entire movie in a USB which can fit in your pocket,” he said.

Brocka was also fond of bringing bottles of adobong mani (fried peanuts) to his trips abroad. “That was his favorite baon (snack).”

Salvador has nothing but fond memories of his staunchest champion and critic, the director who gave him such classic movies as “Jaguar” (1979), “Bayan Ko: Kapit sa Patalim” (1984) and “Orapronobis” (1989)—all of which were shown in Cannes.

“It was a beautiful experience,” he said of his three trips to the French Riviera. Cannes, he asserted, is the world’s most prestigious festival. “And it was an honor to represent our country there. Lino was the first Filipino to be recognized in Cannes and for the premiere of ‘Bayan Ko,’ he wore a barong that was adorned with a map of the Philippines,” he said.

It was a blood-stained map of the country, to protest the strongman rule of the late President Ferdinand Marcos.

The film’s premiere was unforgettable for Salvador. “The people seated at the back rushed to the front rows to congratulate us. They kept cheering: ‘Bravo!’ ‘Bravo!’ Until now, when I talk about it, I still get goose bumps!”

Salvador related that after being ignored and harassed by the government, local bureaucrats had a sudden change of heart and offered to throw a party for Brocka’s team because of the rave reviews for “Bayan Ko.”

Brocka, a true rebel, chose to skip the event. “We went to Rome, instead.” Indeed, Brocka and company paved the way for today’s filmmakers, who are winning awards and accolades in the world’s A-list festivals.

“We were part of the first batch,” Salvador quipped. “Back then, we did things on our own.”

Brocka left an enduring legacy in Philippine cinema, he noted.

The closing film of this year’s Cinemalaya, “Pastor” will have its premiere tomorrow, 6:15 p.m., at the main theater of the Cultural Center of the Philippines.

“He is a hands-on actor,” Alix said of Salvador. “He asks questions and is open to creating a collaborative performance with his director.”

In both drama movies, Salvador shares the screen with Gina Alajar whom he calls “my favorite leading lady.”

Alajar played his wife in two of Brocka’s most acclaimed works: “Bayan Ko” and “Orapronobis.” “Gina brings out the best in her coactors,” he acknowledged. She also directed him on television, in the GMA 7 soap, “Unforgettable,” in 2013.

“She’s a good director,” he said. “And I can sense if she’s not happy with a scene. With just one look, we understand each other right away.”

He admitted that she had frequently acted as “peacemaker” in his recurring spats with Brocka. “She would plead with me to stop fighting with Lino. Pero pasaway din ’yan! (But she’s also incorrigible!)”

A third Brocka baby, Bembol Roco, reconnected with Alajar and Salvador in “Madilim ang Gabi.” “Last time we three were together was in ‘Orapronobis,’” he noted.

Up to now, Salvador cherishes the values that Brocka inculcated in them. “Not to take advantage of fellow artists and to help them, instead. To be true to oneself. These are the things we miss most about Lino: his company, his words of wisdom.”

If Brocka, who died in a car crash in 1991, were still around today, he would be teaching in film school, Salvador surmised. “Gina and I believe that Lino would rather pass on his knowledge to the youth than continue directing movies.”