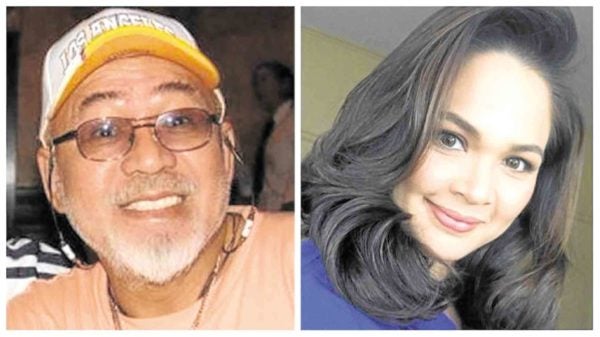 I saw him at his best,” said talent manager and entertainment columnist Lolit Solis of her colleague Alfie Lorenzo, who passed away on Tuesday. “This was why I never reacted every time he would start a fight with me.”

“He was nice and kind when he was not picking a fight with people,” quipped Solis, adding that Lorenzo was known for his feisty personality. He was also a publicist of Regal Films in the 1980s, along with Solis and the late talent manager Douglas Quijano.

“We’ve all gotten much older, so I just tried to understand his mood swings. I was one of his closest friends, but he would still hit me in his columns whenever he found out that I did not invite him to the press cons I had organized,” Solis said.

Lorenzo’s remains lie at Arlington Memorial Chapels in Araneta Ave., Quezon City, and will be transferred to his home in Pampanga on Friday.

Solis said she would best remember Lorenzo for his loyalty and support at the time when she was being lambasted for her involvement in the 1994 Metro Manila Film Festival scam. “He did not pass judgement on me. He was a friend throughout. He just told me, ‘Kapag gumawa ka ng kalokohan, ’di ka dapat nagpapahuli (Make sure you don’t get caught if you do something foolish)!’”

Solis said they were together in a lot of first-time trips abroad back in the 1980s. “I could still remember the first time we applied for visas in the United States. We were in front of the US Embassy at 4 a.m., and he kept complaining because it was too early,” Solis recalled.

She added: “We shared a hotel room when we went to New York for the first time. It got crazy when he’d bring into our room all sorts of knick-knacks, like bottles of different shapes, that he picked up while walking on the streets there. It was my turn to scream at him, because there was so much junk. ”

In April, Judy Ann confirmed that she and Lorenzo had “parted ways” after working together for 32 years, but did not reveal the reason. She simply said they “talked amicably” and “it was a very proper discussion.” She also pointed out that Lorenzo was not just a manager to her, but was very much part of her family.

Days later, Lorenzo issued a statement saying that Judy Ann had opted out because she no longer wanted to give the talent manager’s commission for the projects she was making.

Judy Ann said she didn’t want to disrespect Lorenzo because “he took care of me for a long time, but it’s time to move on.” The actress is currently overseeing details of Lorenzo’s interment.

Entertainment columnist and radio show host Aster Amoyo also admitted to having had a misunderstanding with Lorenzo in the past. But she said she harbored no ill feelings toward Lorenzo.

“Honestly, I felt sad when I heard of his passing,” said Amoyo, who had worked with Lorenzo during her years as the publicist of OctoArts Films in the 1980s.

“He left with both of us feeling bad,” she added. “I wish we could have patched things up first. I hope he brings with him my love and forgiveness.”