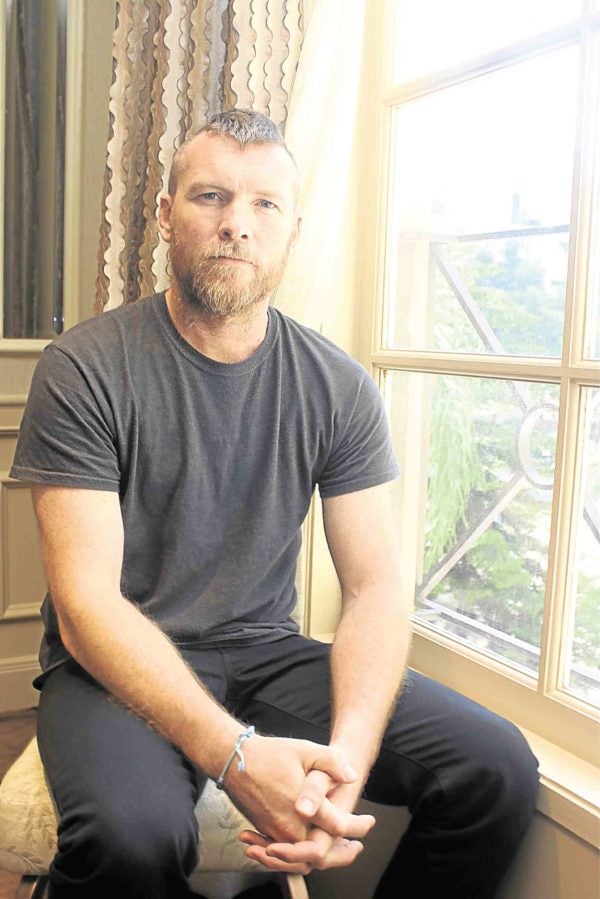 LOS ANGELES—Is it for “Avatar”? Photos of Sam Worthington’s baffling, drastic mohawk haircut at the “Manhunt: Unabomber” premiere prompted us to ask him about it as soon as he plopped down for our recent interview.

Up close at the Four Seasons Hotel in LA, the buzz cut was quite a sight. We have to agree with the description of D’Marge, an Australian (how apt since Sam is an Aussie) men’s fashion website: “Part-crew cut, part-widow’s peak, part-mohawk and part-modern pompadour …”

D’Marge even carped, “No man should ever wear such a skittish style unless you’re getting paid for a role … like Worthington (we hope).” For his Jake Sully role in “Avatar,” perhaps? We all know the cast and crew of the “Avatar” films are sworn to secrecy by director James Cameron.

But we tried, anyway, and asked Sam, casual in a gray tee, black pants and white sneakers: Is the new look for, um, a role?

“My kid did it,” he answered, his piercing blue eyes stared at me. He wasn’t smiling, as if challenging me to contest that statement. The dude likes to strike a tough, unsmiling stance when posing for photos, but he’s actually a regular, friendly, down-to-earth Australian bloke.

We persisted. A summer haircut? “He (his son) did it. I thought it was cool.”

So the buzz cut isn’t for being in a soccer team? “No, my son did it using a pair of clippers for the first time.”

Last time, you said you were starting “Avatar 2, 3 and 4” in August (this talk was last July 26). Next week? “No, we started it. We’re on.” Bingo! “Avatar” filming has begun. New haircut. He’s not working on any other film? “No, sir, no,” answered our bemused star defendant. Draw your own conclusions. Case closed.

But, journalists are known to be determined. Anything you can give about “Avatar”? “Yeah, I can give you a lot.” He laughed. For the record. “Oh, I see. You know, Jim (Cameron) will come flying through the window with a SWAT team. The tracking device in my head will blow my head off.”

So you are full-time now on the “Avatar” movies? (They will reportedly shoot for the next eight years.) “Yes,” Sam answered. “I think the last one (‘Avatar 4’) comes out in 2025. That’s eight years.”

So, how does this long-term commitment affect his schedule to make other movies? (Tried a different tack.) “Everything is open to discussion,” said the man who was born in England, not Australia, as some sources state. He and his family moved to Australia when he was 6 months old.

“So, coming back together, we’re always aware of how precious this thing is. Me, Sigourney, Stephen and Zoe especially are very tight. We’re introducing other people slowly into this family who will go on this journey with us.

“But it does feel small. It has never felt like a massive blockbuster. It has always felt like, what’s the heart of this and how do we keep it truthful? The bells and whistles and the big show come out later. But for us building it, it’s always about this tightness.”

In the meantime, he has finished “Manhunt: Unabomber,” Discovery Channel’s eight-part series where he plays Jim “Fitz” Fitzgerald, the real-life FBI profiler who broke the Unabomber (Paul Bettany) case by using a pioneering crime-solving methodology. Using what he coined as “linguistic forensics,” Jim examined the Unabomber’s writings.

“Jim Fitzgerald invented forensic linguistics,” Sam explained. “At the time, profiling was at its infancy stage. They’d catch criminals with fingerprints and hair. So, for Jim to actually look at something that someone wrote or their dialect, spelling and grammar, and build a profile off that was extremely unique.”

Sam turned 41 yesterday. In December 2014, he married model and fellow Australian, Lara Bingle, with whom he has two sons, Rocket Zot and Racer. Based on his Dad’s tale, Rocket Zot is already quite an expert in giving Mohawk haircuts. At 2 years old. 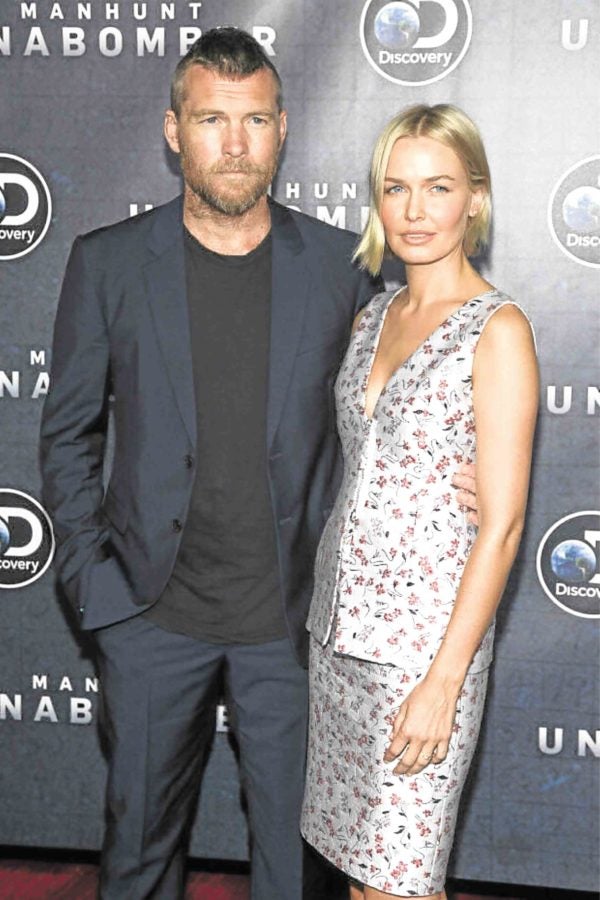