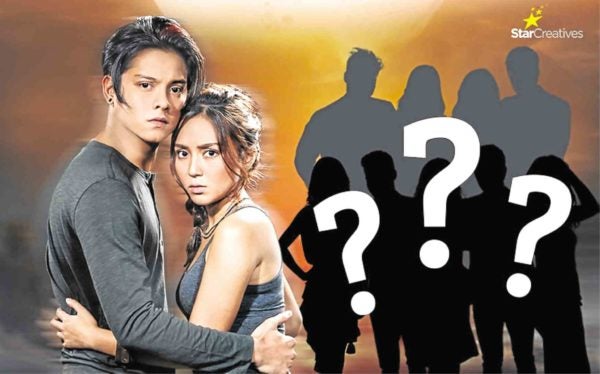 Updates on teleseryes’ “complicating” plot twists this month: On “La Luna Sangre,” Kathryn Bernardo’s “hunted” character has been forced to resort to extreme means to avoid being recognized and killed—by disguising herself as a guy!

Ho-hum, this device is no surprise, because Korean telenovela imports have been doing it, as well. And Kathryn doesn’t pull it off credibly—she can still be recognized from a long way away!

On “A Love to Last,” the series’ success has also turned out to be its confounding and compromising invitation to excess.

The show’s storytelling was going swimmingly well up to its logical conclusion and climax, Bea Alonzo’s finally getting married to similarly pluperfect Ian Veneracion.

But, the series has now been profitably extended to include the lovely couple’s postnuptials life together—which has turned out to be decidedly less than lovely!

Ironically, the decision to terminate and annul their union was hers, not his, but she seemed to have forgotten that key fact, and was now holding on like a leech—ostensibly for the sake of their children.

Alas, the poor angels are caught right in the middle of the awkward and painful tug-of-war, courtesy of their professedly “loving” mother, who is actually just using them as pawns and leverage to ruin Bea’s honeymoon—and “somehow” reclaim Ian for herself.

Yes, it’s a woman’s prerogative to change her mind, but there are limits. Due to Iza’s flighty and “changeable” characterization, the wife’s persona ends up as a superficial irritant not deserving of viewers’ miffed efforts to “understand” her.

But, she does negatively affect Bea and Ian’s “would-have-been happy” life as a newly married couple, so we can’t ignore her completely.

Worse, her intrusive moves have been seconded not just by other relatives, but even by a snitty mayordoma who serves as the ex-wife’s “embedded” spy in Bea’s new household. The nerve!

We understand why all of these confounding and irritating complications have been shoehorned into the series’ extended plotting. But their occasional redundancy and silliness have compromised the show’s overall quality and “worth” to viewers.

Even the immensely gifted and charismatic Bea has been unable to “redeem” the show from these off-tangent incursions and excursions.

If the series’ “creative” (we now have to put the word in quotes) team can’t come up with better extensions, it could be time to cut the show’s current losses, and consider terminating its now anticlimactic storytelling.