Derek Ramsay gets down to basics with indie director 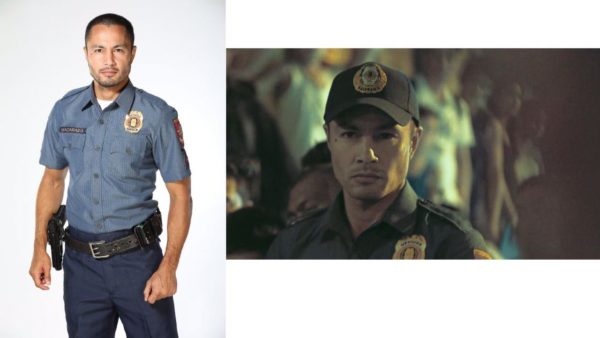 Actor Derek Ramsay gets down and dirty, playing an idealistic policeman caught in a web of corruption and intrigue in his latest project, the Brillante Ma Mendoza series “Amo” on TV5.

It’s not the first time Derek is portraying a shady character. His villainous turn as a drug-addled cop-turned-bank robber in Michael Tuviera’s “The Janitor” showed he was willing to deviate from the rom-com and adult-triangle route.

This time around, he got to relish firsthand the gritty directing style of the Cannes-winning filmmaker.

“It was a totally different experience,” Derek told the Inquirer. “No offense meant to the other directors I had worked with, but I frankly couldn’t compare this series to my previous projects.”

It was a crash course in Reality 101. Imagine, shooting a scene in a real morgue, with real corpses! “I thought it was a dummy … or makeup. It was disturbing to find out it was an actual dead body.”

It was a complete immersion for the Filipino-British actor. “One scene was held in a squatter’s area,” he recalled.

The residents were not informed that he would be part of the sequence depicting a raid in a drug den. “There was no warning at all. Some people got shocked when they saw me there.”

The nonactors’ response was priceless, he related. “That raw, unscripted reaction was what Direk Brillante wanted to capture.”

In a chase scene set in a mall, some security guards thought Derek was a real wacko running around with a gun.

He eventually realized that Direk Brillante had everything under control.

“It looked so real and honest,” he remarked. “Before working with Direk Brillante, I was wondering what the fuss was all about. But he definitely lived up to the hype!”

It was a new way of looking at the medium, Derek pointed out. “I discovered that sometimes you don’t need words to tell a story. Sometimes, you can reveal more with the visuals. That’s what I liked about this project.”

He tackles the part of a conflicted cop in this 12-part series, which premieres on Aug. 20.

Even though he is often tasked to murder unsavory characters, he is a family man at the same time, Derek said of his role. “He is a devoted husband and loving father, but he kills without remorse. He’s complex.”

He strongly believes in the urgency of the drug war, but he likewise recognizes the need to respect human rights and the rule of law. He understands the points of each side of the raging debate.

His father, Derek Arnold, who is in the security business, has been discussing this issue for years.

“The technology has always been available,” he remarked. “For years, my father has been saying that our streets need to be equipped with surveillance cameras, to help eradicate criminal activities. No one listened to my dad. Now, things have gotten worse.”

This pressing social problem is vividly depicted in “Amo,” according to Derek, who counts the series as his comeback on the small and big screens.

He took a break from acting for a while, to train for the World Championships Beach Ultimate.

He was understandably devastated when the Philippine team failed to top the Frisbee competition. “To think, we had the best record. We had 13 straight wins before losing two games and ending up in fourth place.”

He thinks he is “too old” for the next match, but is looking forward to passing on the skills to the next generation of athletes.