‘Despacito’ now the most streamed track

While “Despacito” means “slowly” in English, this ubiquitous hit has yet to show signs of slowing down.

Only six months after it was released, “Despacito”—the pop song by Puerto Rican artists Luis Fonsi and Daddy Yankee, and whose remix features pop star Justin Bieber—has become the most streamed track, with 4.6 billion plays in different music platforms.

“Luis Fonsi already had the undisputed, biggest song of the year—and now he’s setting even bigger records,” Universal Music Group executive Lucian Grainge said in a statement sent to the Los Angeles Times, adding that “streaming has opened up the possibility of a song with a different beat, from a different culture and in a different language to become a juggernaut of success around the world.”

On the other hand, the song’s music video, which currently has 2.678 billion views on YouTube, is also poised to be the most viewed video on the site and overtake the current leader, “See You Again,” which had just dethroned “Gangnam Style” earlier this month. 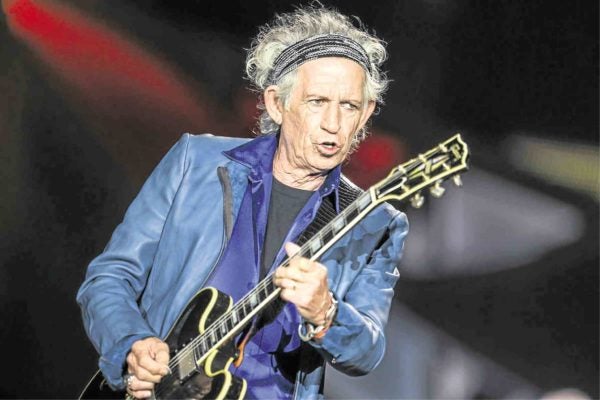 Keith Richards, the guitarist of The Rolling Stones, has revealed that the iconic British rock group will be returning to the recording studio “very shortly” for a new album of original material—a first since the British rock band’s “A Bigger Bang” in 2005.

“We’re cutting new stuff and considering where to take it next,” Keith said in a Q&A video posted on his official YouTube account, adding that the success of “Blue & Lonesome”—the band’s covers album released in 2016—“caught us a little bit by surprise,” and may lead to a Volume Two.

He added: “I just think, actually, The Stones will use it as a boost to their energy and to their feelings of viability in this day and age, and see what we can come up with next.”

Amid recent reports claiming that R.Kelly is operating a “sex cult,” netizens kickstarted an online petition demanding Sony Music to drop the R&B singer from its roster of artists.

“We must not let habitual abusers float above justice just because they’re rich and famous. Let’s work together to turn R. Kelly into a symbol … reminding abusers everywhere that no one is untouchable,” read the petition, which has, as of this writing, 9,000 signatures on Care2, a social networking site for activists.

According to an investigative story by Buzzfeed, women aged 18 to 26 are being held captive in R. Kelly’s properties in Atlanta and Chicago, where the singer allegedly controls and abuses them.

Meanwhile, R. Kelly’s lawyer denied such claims in a statement sent to Pitchfork. “Mr. Kelly unequivocally denies such accusations and will work diligently and forcibly to pursue his accusers and clear his name.” —ALLAN POLICARPIO