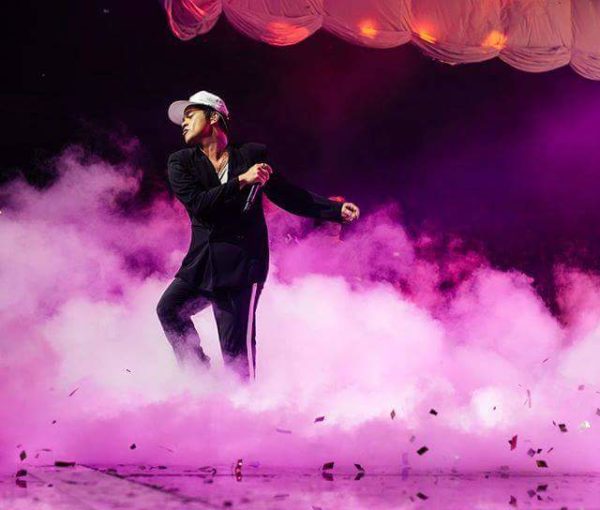 Top-selling singer-songwriter Bruno Mars will bring his current “24k Magic” world tour to Manila on May 3, 2018, at the Mall of Asia (MOA) Arena, concert promoter MMI Live confirmed to the Inquirer.

The tour, which kicked off last March in Europe, is in support of Mars’ latest album of the same tour name, with three hit singles so far: “Versace on the Floor,” “That’s What I Like,” and the title track.

Mars, 31, was born Peter Gene Hernandez in Waikiki, Hawaii, to Peter Hernandez, a Puerto Rican-Jew, and Bernadette San Pedro Bayot, a Filipino who migrated to Hawaii.

One of six children, Mars comes from a family of entertainers–his dad was a percussionist, and his mom, a hula dancer.